Fan-less, but a Fan

Electric power supply is reliable here, which is no small achievement for an island in the middle of the ocean, far away from any trans-continental grid. It’s 230 Volts, 50 Hz, and the wall plugs are UK style, at least historically, as more and more you see also the European ones, as used in Germany or Slovakia, for example. More about that in a future post. 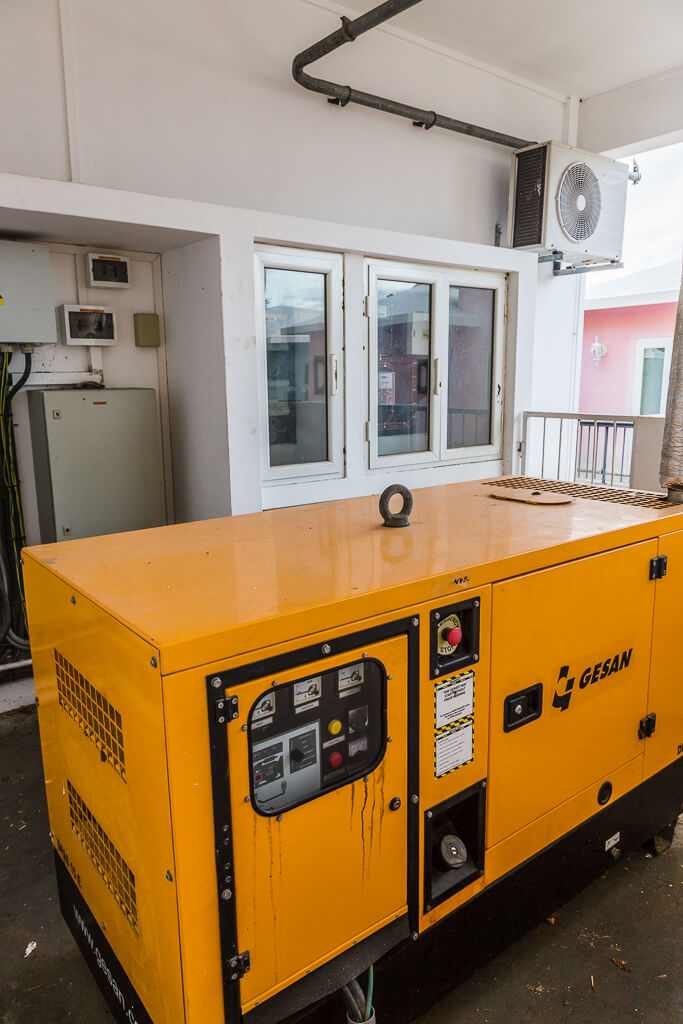 However, it can happen that the power goes away, sometimes for seconds or minutes, or longer with stormy cyclone weather. For this, there’s a generator that will supply electrical energy for as long as needed, or at least until the diesel tank runs dry.

It kicks in automatically when needed. Our generator supplies several houses, so it’s a hefty 25 kVA machine. Pretty impressive.

Now, that’s all fine and well, for keeping the fridge cool, or the lamps bright at night. But for all computery and networky things, it’s only half of the solution. It takes ten or so seconds for the generator engine to start up, of course, so the Internet modem, the Wi-Fi access points, and the network switches would lose power and reboot, breaking the connections. Or, worse, the external hard drive spins down in the middle of a backup. Not good. 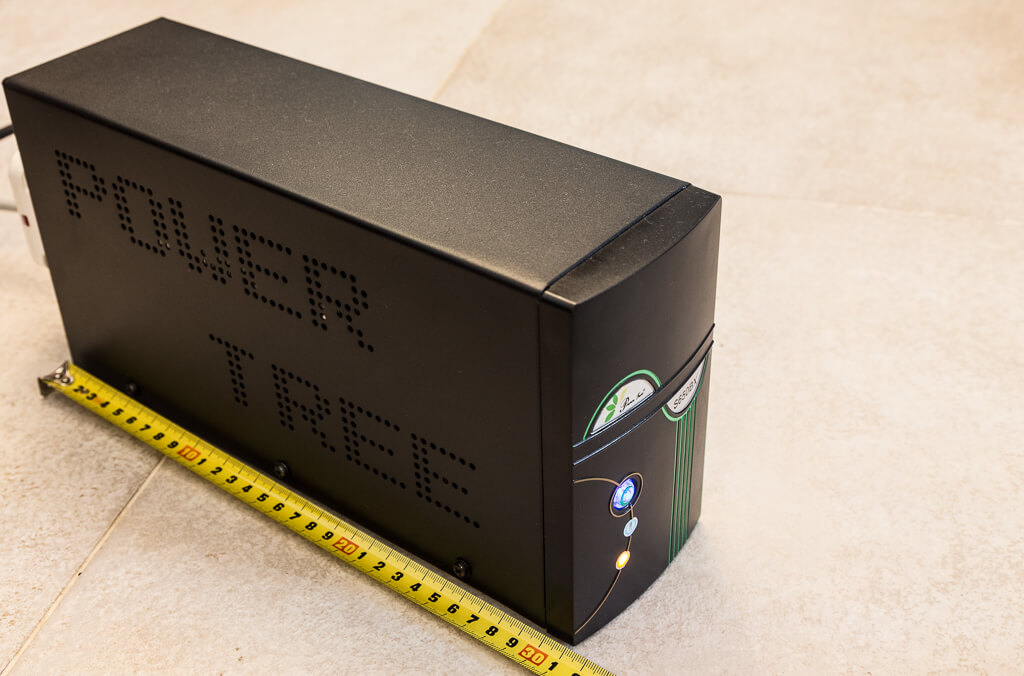 So I added two uninterruptible power supplies (UPS). They keep up the power to these devices until the generator kicks in, making use of their internal batteries, switching over in two milliseconds. You can find them pretty cheap here. The depicted model is 1,600 Mauritian Rupees, which is about 45 Swiss Francs (or Euros, no big difference there these days). It supplies up to 650 VA of power.

One of the UPS, right near my desk, powers the Internet modem, an Ethernet switch, the backup drive, and the computer monitor, which also powers the computer (Apple Thunderbolt Display). The other UPS, located in the living room, supplies a Mac mini, an Apple TV, two Wi-Fi access points, another switch, and the TV. All works like a charm, tested by ripping out the cables from the wall plugs, as well as with a real power outage some days ago.

By using two UPS systems, I could avoid wiring cables for the mains power all across my apartment. The UPS devices also smooth out the voltage variations and filter any spikes that are likely to occur with a generator (and probably with the power from the grid as well).

They are really small, and fan-less. I am a big fan of them, though.