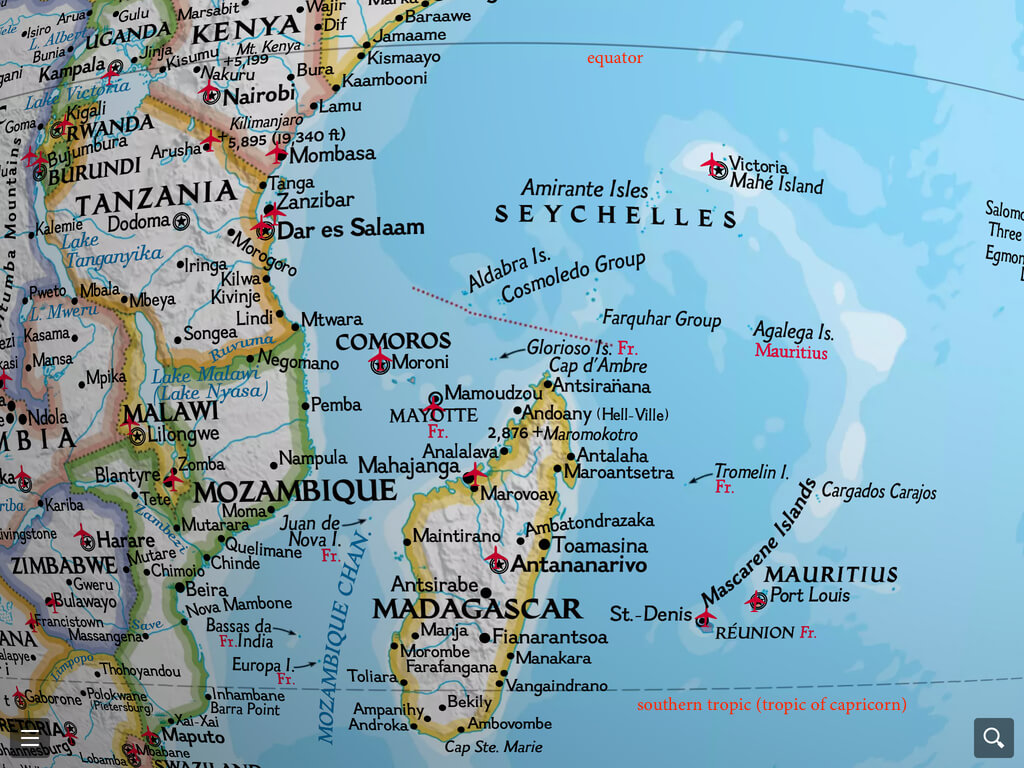 Today, the sun has “touched” the southern tropic (tropic of capricorn). It’s the longest day of the year, about 13:20 hours of daylight. From now, the days will get shorter again. The shortest day will be on 21 June, with only about 11 hours of daylight (northern solstice, tropic of cancer).

Note that the sun today at noon is not at its highest point here, as Mauritius is situated between the two tropics, hence the sun has two high points, one around mid December, and one around mid January. In December, the sun passed Mauritius on its apparent path towards the southern tropic, in January it will pass over us on its way towards the northern tropic again.

Or with other words, today, and since mid December, the sun is in the south at noon, after mid January it will be in the north again. I like that thought. It feels like a magical month around the solstice when things are sort of downside up, and anything could happen.