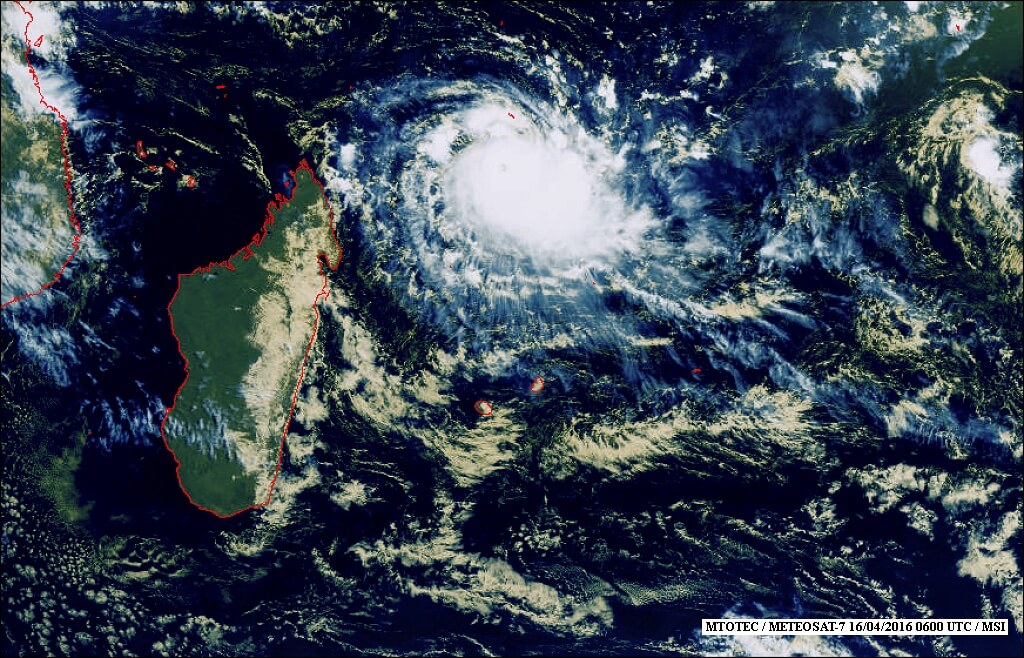 Autumn has arrived, and winter is coming. Temperatures are coming down, from scorching 33 or 35 degrees to pleasant 28 or so. In general, people look forward to winter, at least here at the west coast, where temperatures never fall down too low, and summers are pretty hot. Winter is also the drier season.

Unless, as right now, Mauritius is under the influence of a cyclone, named Fantala, which means quickly changing weather, from nearly cloudless sky to heavy downpours, also depending on how the cyclone moves. 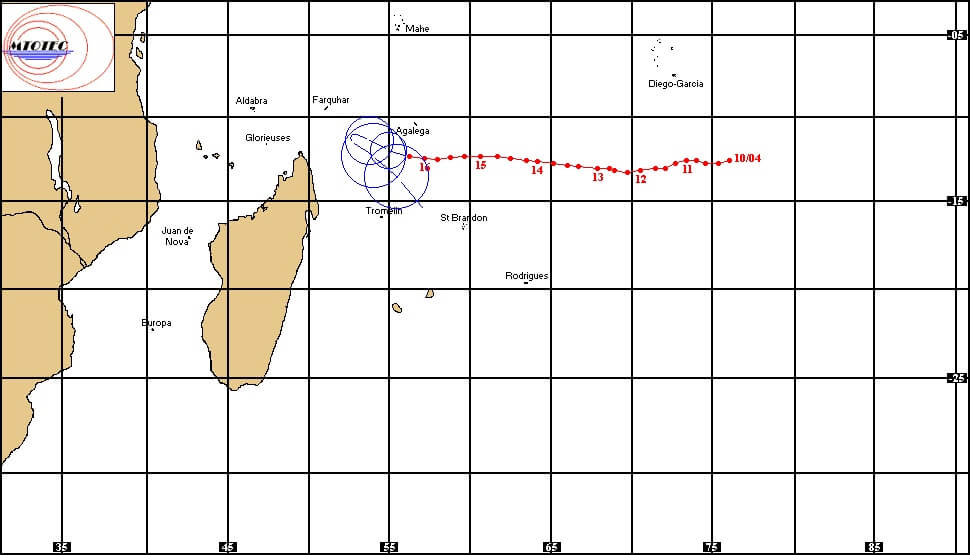 As cyclones can be devastating, they are tracked closely, eg. on websites such as mtotec. The red line shows the past, the blue line the prediction. Also, the government issues warning bulletins, indicating the cyclone’s class, from 1 to 4, and for each class there are specific steps and procedures for preparation and behaviour.

The current cyclone originated in the east, and then moved westwards, north of Mauritius. Even though a thousand kilometres or so away, it caused rainy and stormy days last week. 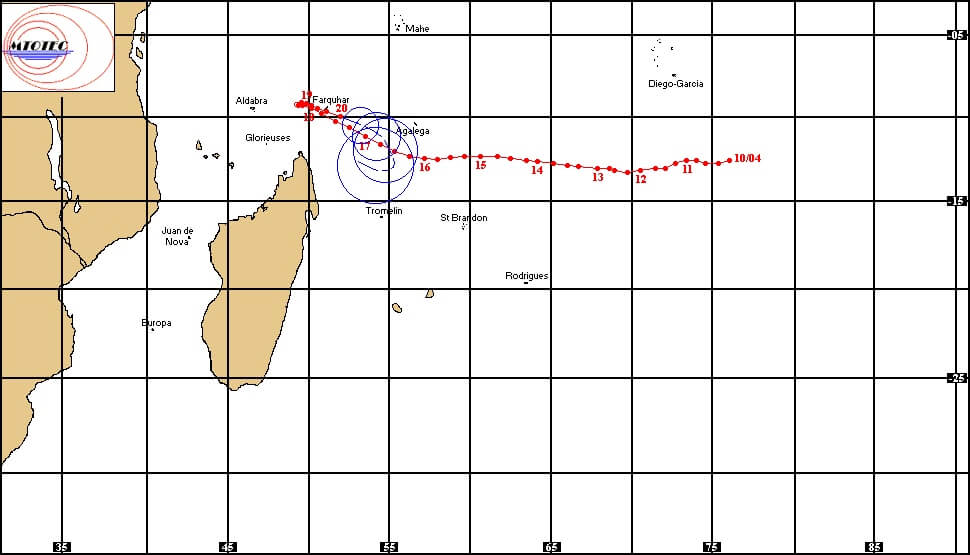 Over the weekend, things had calmed down, as Fantala was traveling further away, towards the northern point of Madagaskar, and the tiny atolls Farquhar and Aldabra, which belong to the Seychelles, if my memory serves.

Today, as predicted by the tracking chart of 16 April, the cyclone has turned around, and moves south-east again. And the rain is back, and I assume the storms are not far behind, if, or when, Fantala moves closer again. 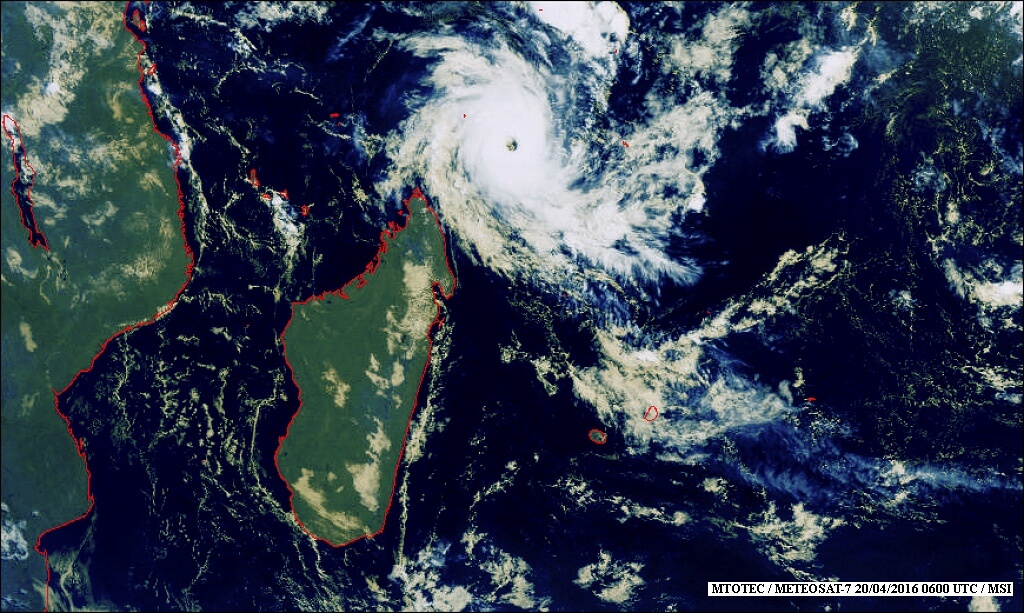 Which the tracking chart of today predicts. The cyclone moves at 15 km/h, with wind gusts up to 200 km/h.

So I hope it will dissolve before it hits the island, or change its traveling path. Tocca ferro.