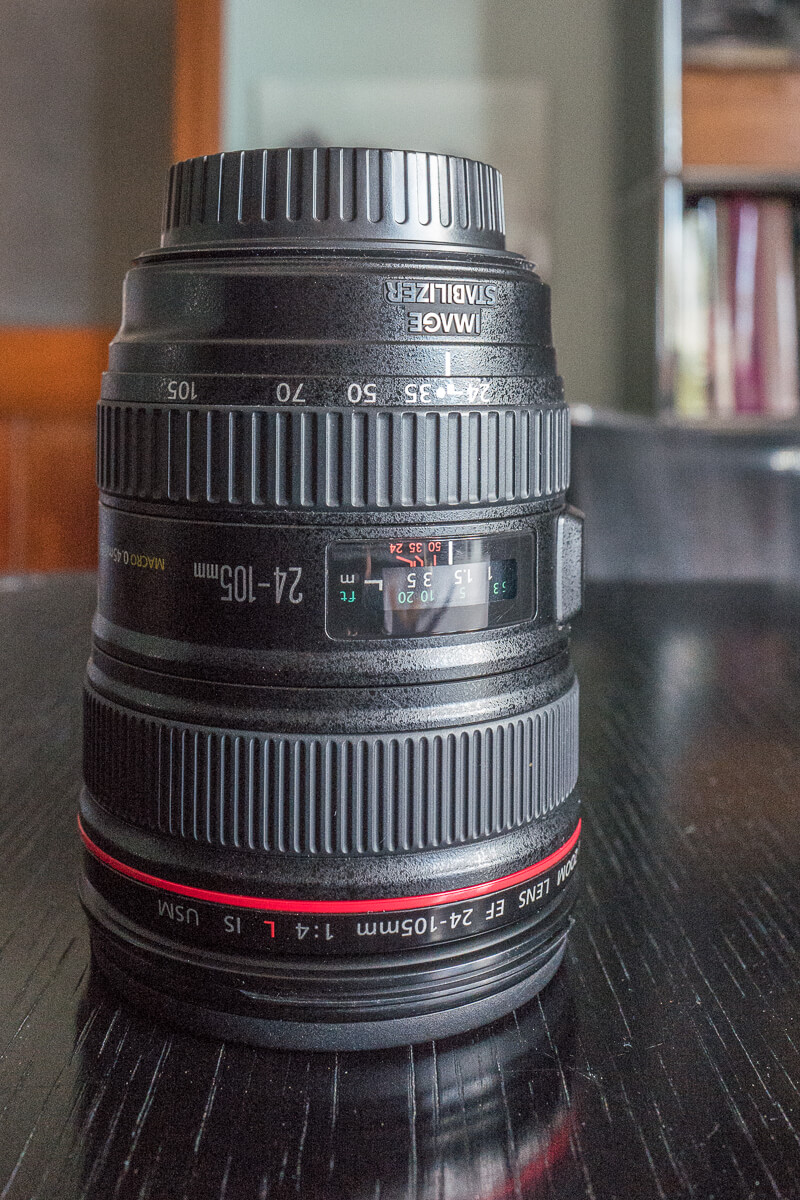 The UPS man was here. I finally got my lens back from repair.

Back in April, I got a weird error message when using my EF 24-105mm 1:4 L Canon lens. That is, I got an intermittent error, and it took me some experimenting to catch what the problem was.

As this is my go-to lens for the shoots at the dog sterilisation days, I was also in denial, sort of, hoping it would turn out to be some freak error, and would go away if I just cleaned the contacts and the bayonet mount, and did some arcane incantations. Alas, no.

Of course there’s no Canon representative on the island. In general, getting photography equipment here is not easy, at least not some higher level stuff. Point-and-shoots for tourists, sure. 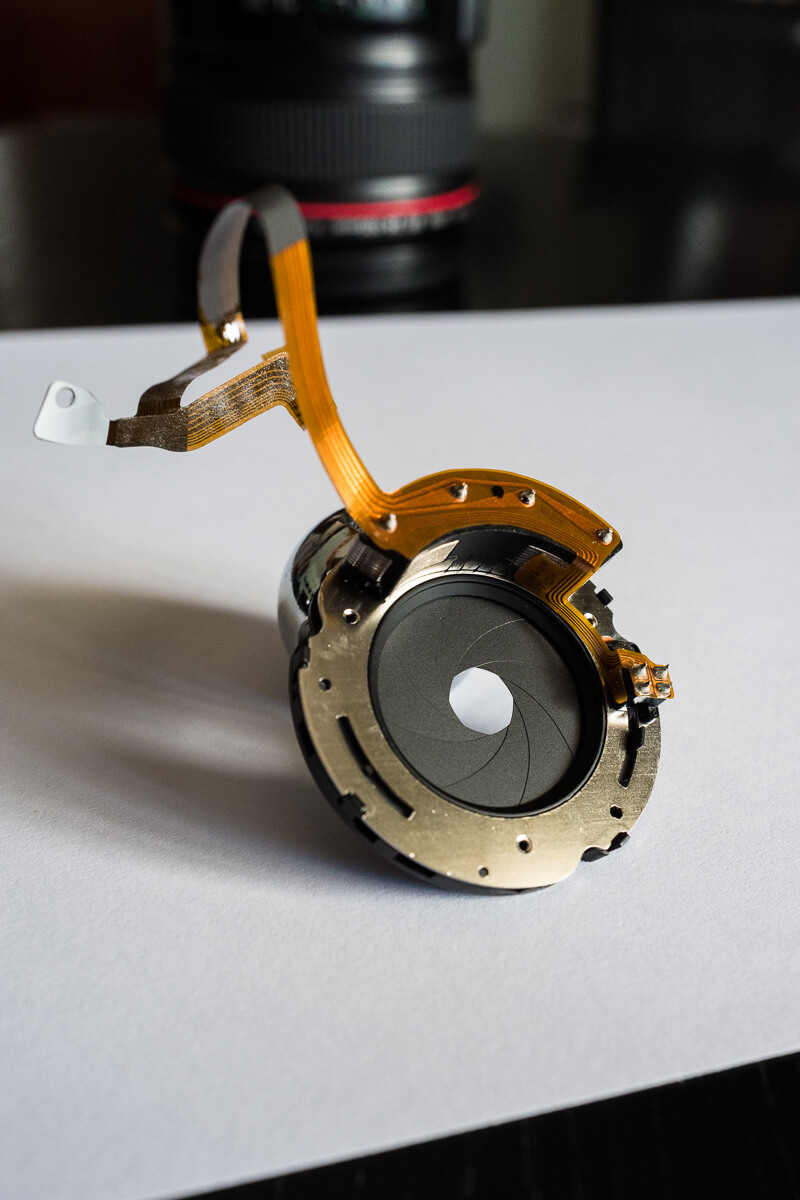 So I contacted the nearest Canon subsidiary, which is in South Africa. I was finally able to describe the problem pretty clearly, based on my testing, and of course I had to ship the lens there for repair. If shipping across two borders, with the intent to re-import after the repair, sounds like a hassle, it’s because it is. Lots of documents. First for exporting, then for re-importing. I have learned a few lessons for the next time.

Canon South Africa don’t do the repairs themselves, but have a contractor take care, so another point of contact, to approve the tender, and transfer money. Thankfully, at least no faxes involved! 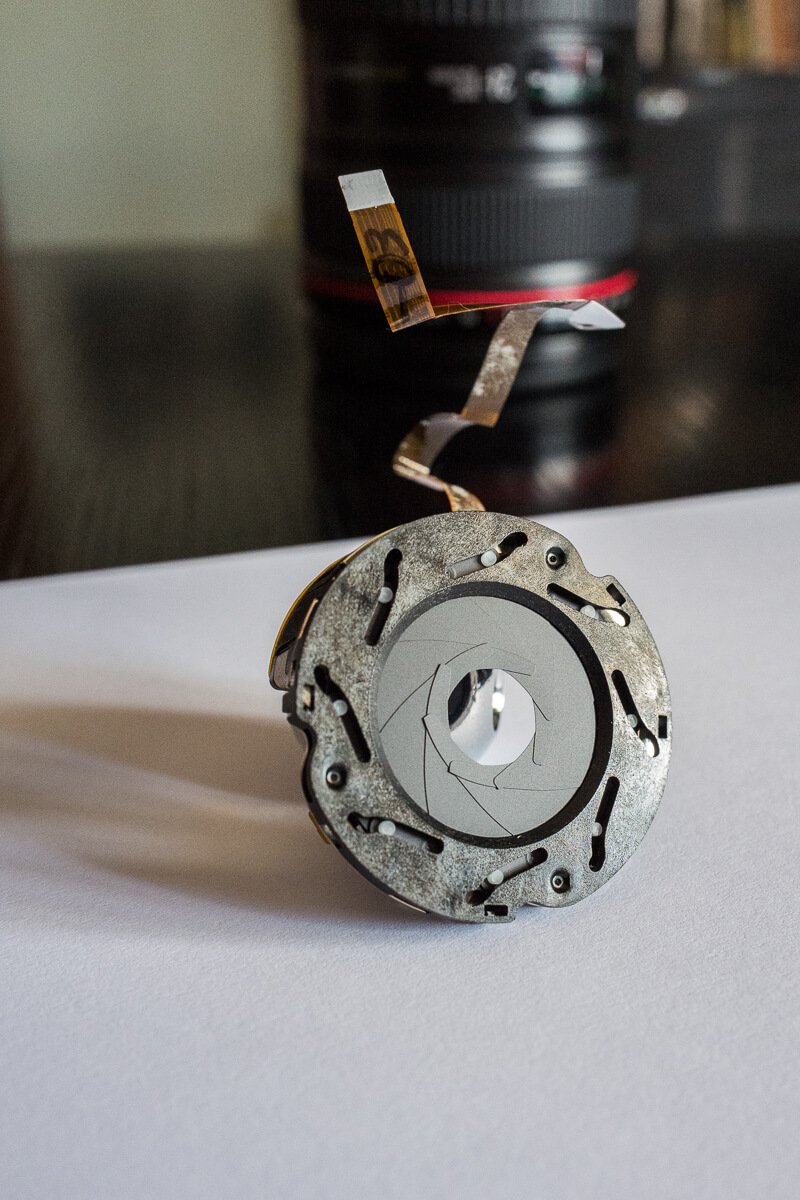 Anyway, it turned out to be a defective diaphragm, which they replaced. I received the replaced part with the lens. Looking at the construction of the thingie I must say I would have expected something more robust in an L-type lens, which are the “professional” products on Canon’s offering. Just a plastic ring, covered with a metal sheet on one side, holding and guiding the aperture blades, and what looks like an electromagnet to operate the blades upon triggering the shot. Looks flimsy, sort of.

Well, I guess, designed to be “good enough” for the purpose. And it worked well for close to ten years.