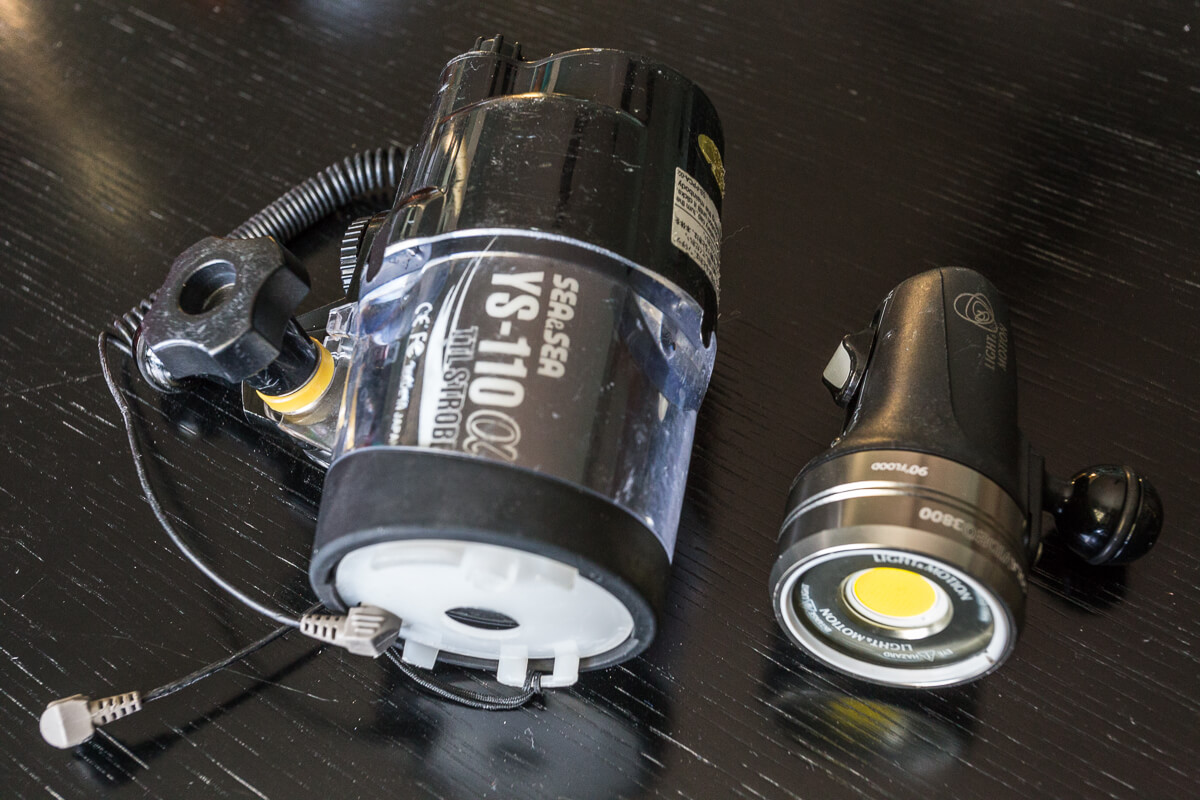 I have been taking underwater pictures for some time. I had soon realised that you need strong lighting down there. The built-in flash of the camera just doesn’t cut it.

So I invested in an external Sea & Sea flash, mounted on an arm that allows to throw light on the scene from the side. Which is necessary to get good shots underwater, as there are many small particles in the water that would reflect back into the camera if the flash were pointing directly from the camera onto the subject. That flash, depicted on the left in the picture, has been a reliable companion for many years and many dives. 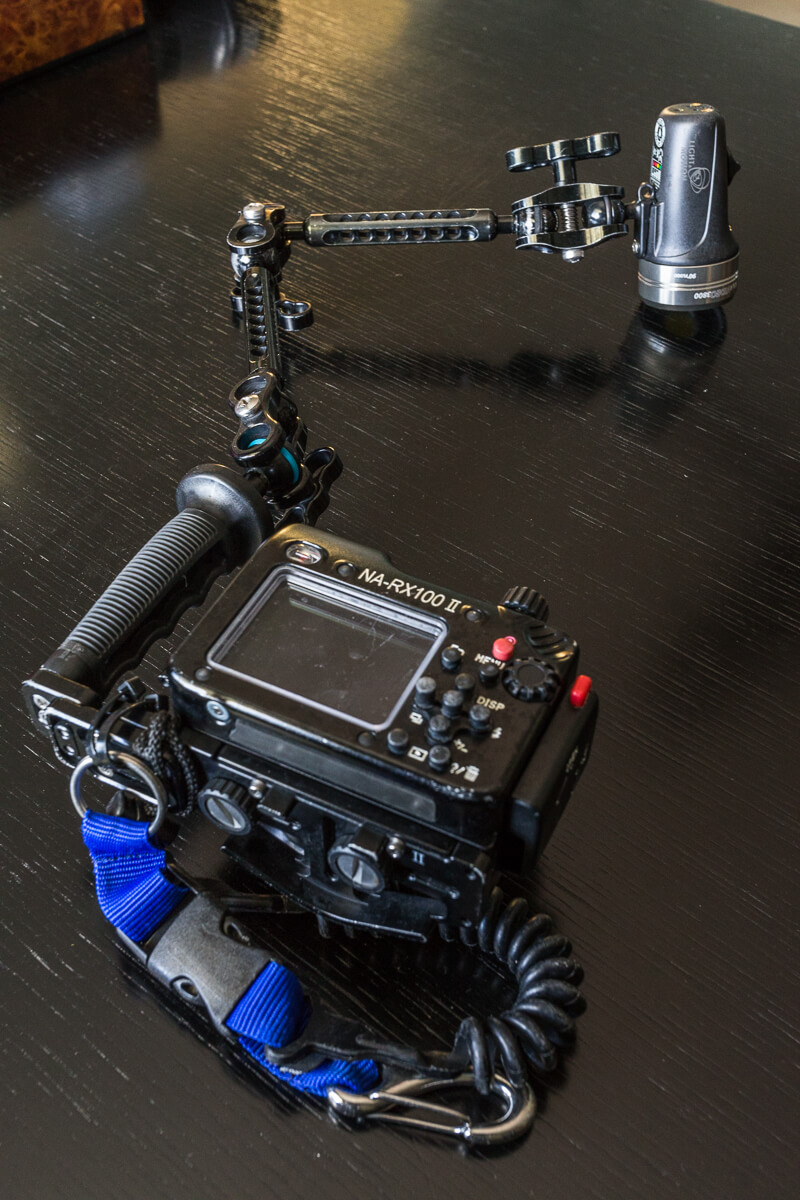 Venturing into movies, I knew I would need an underwater light that is permanently on, so I started to check out available products. As you would have guessed, today’s state of the art are LED lights. Thanks to their low power consumption, they are very small – see the one I purchased on the right hand side in the picture above. So much smaller, and lighter, than the flash.

I have only used it for a few dives since I received it. It promises some 45 minutes of light, which is very bright, and, importantly, it’s also very even across its beam. 45 minutes is sufficient for any dive before I run out of air in shallow dives, say less than 25 meters, or before my body’s nitrogen level forces me to ascend in deeper dives. And of course I don’t keep the light on all the time. So I guess I won’t have issues with that. But – to be confirmed. A flash is easier in that respect, a set of batteries lasts for many dives. 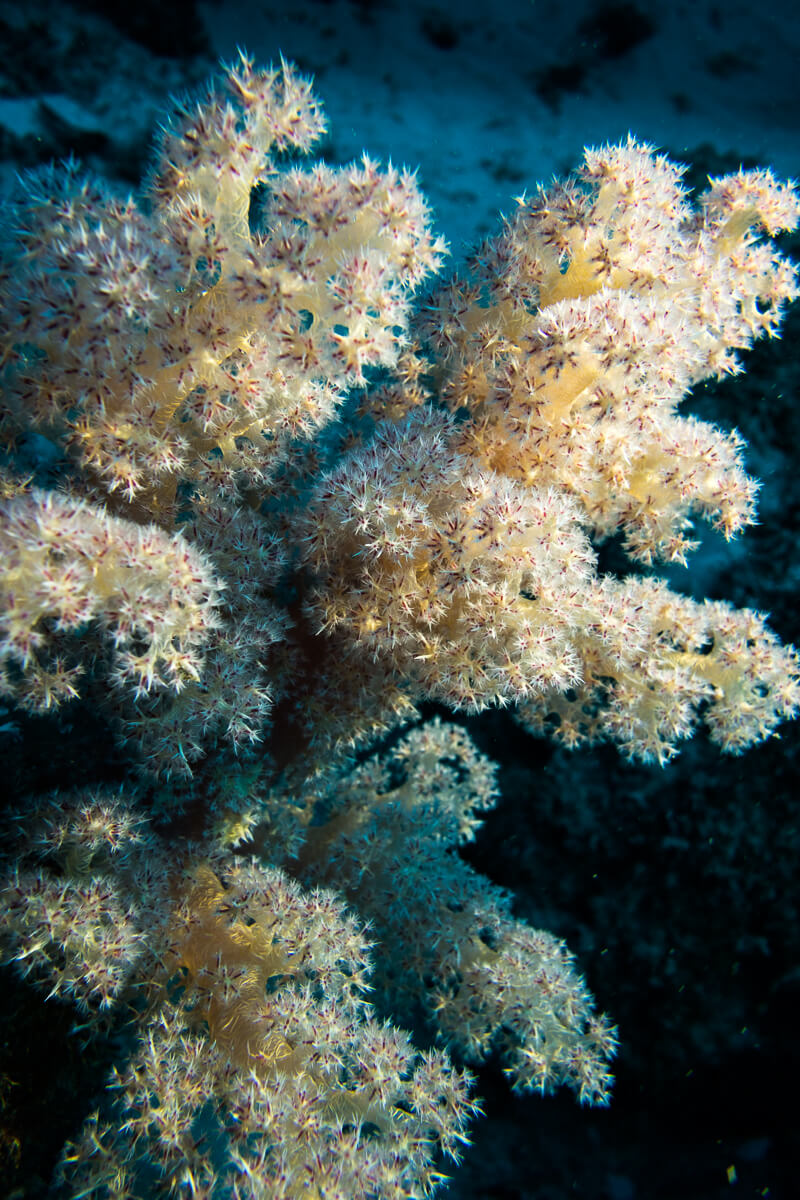 From a photography point of view, it’s pretty nice to have a continuous light, as you see exactly how the subject will look under the lighting. With the flash, you need to estimate.

Positioning the light, or flash, is very important, to achieve interesting contrasts, and make the subject pop, while keeping the background, well, in the background. Accordingly, you fiddle with the lamp on the arm all the time, and with the continuous light, you see the effect immediately, without taking test shots.

I still have to get used to the new set-up. See, in flash mode, the shutter time is not that important, as the flash will freeze the moment, at least on the subject, so also 1/30 second works. With continuous light, the shutter must do the freezing, else the picture will not be sharp, meaning 1/60 seconds or shorter, with the zoom at its widest position (28 mm effective focal length). With longer zooms, even shorter. 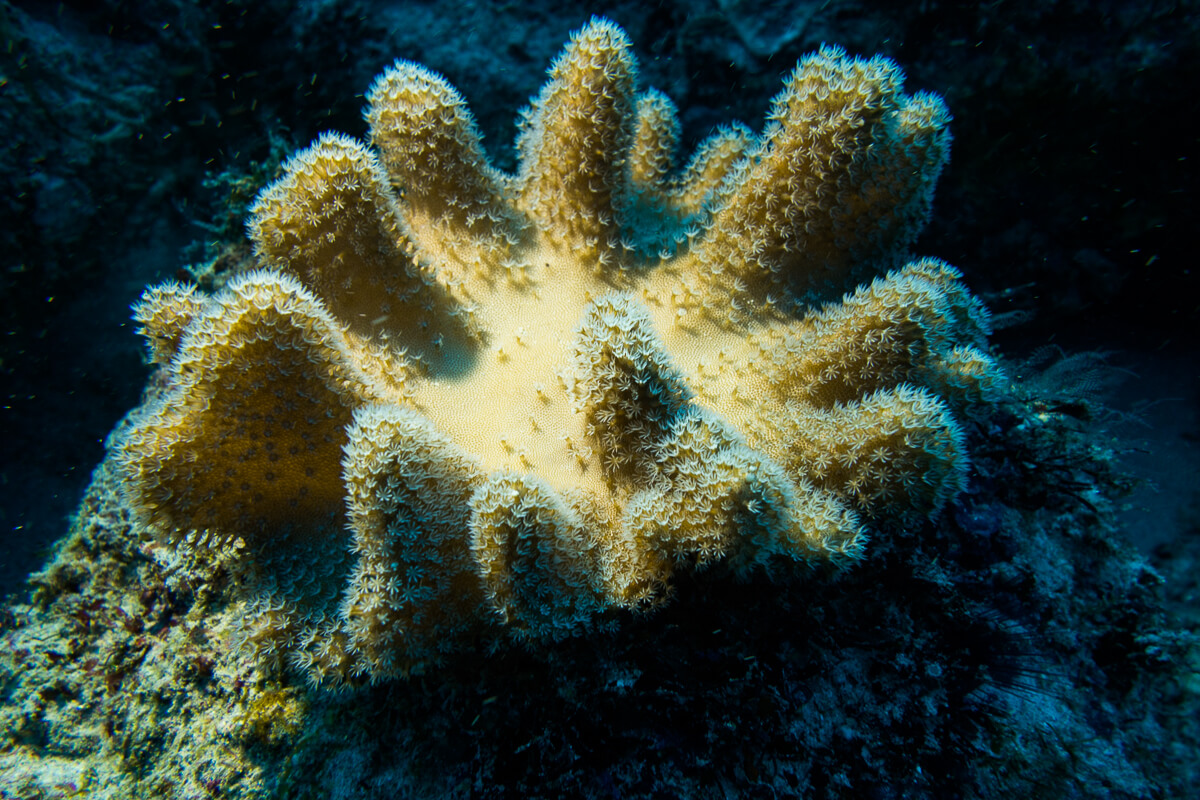 As a diver, floating in the water, maybe with some current, you are moving all the time, even if only so slightly. Or a lot, with strong currents, which sometimes only give you one shot at a subject, before they carry you past it, and you never want to swim back against the current for another try. Unless it would be the photo of your life, I guess.

So shooting at 1/30 second will not give sharp pictures, as I found out, which it did with a flash. And casually holding the camera with only one hand is a no-no, too. Consequently, I need to find the suitable settings again, that is, what works and what does not, experimenting with the “triad of exposure”, namely shutter speed, aperture, and ISO value. You would think that this is, firstly, obvious, and secondly, no problem for a seasoned photographer. Oh well. But I will get there.