Gelena did not hit our island hard, it passed to the north-east, as predicted, in a distance that only impacted us with some rain and light gusts. Our sister island Rodrigues was hit much harder, as the cyclone went right over it. 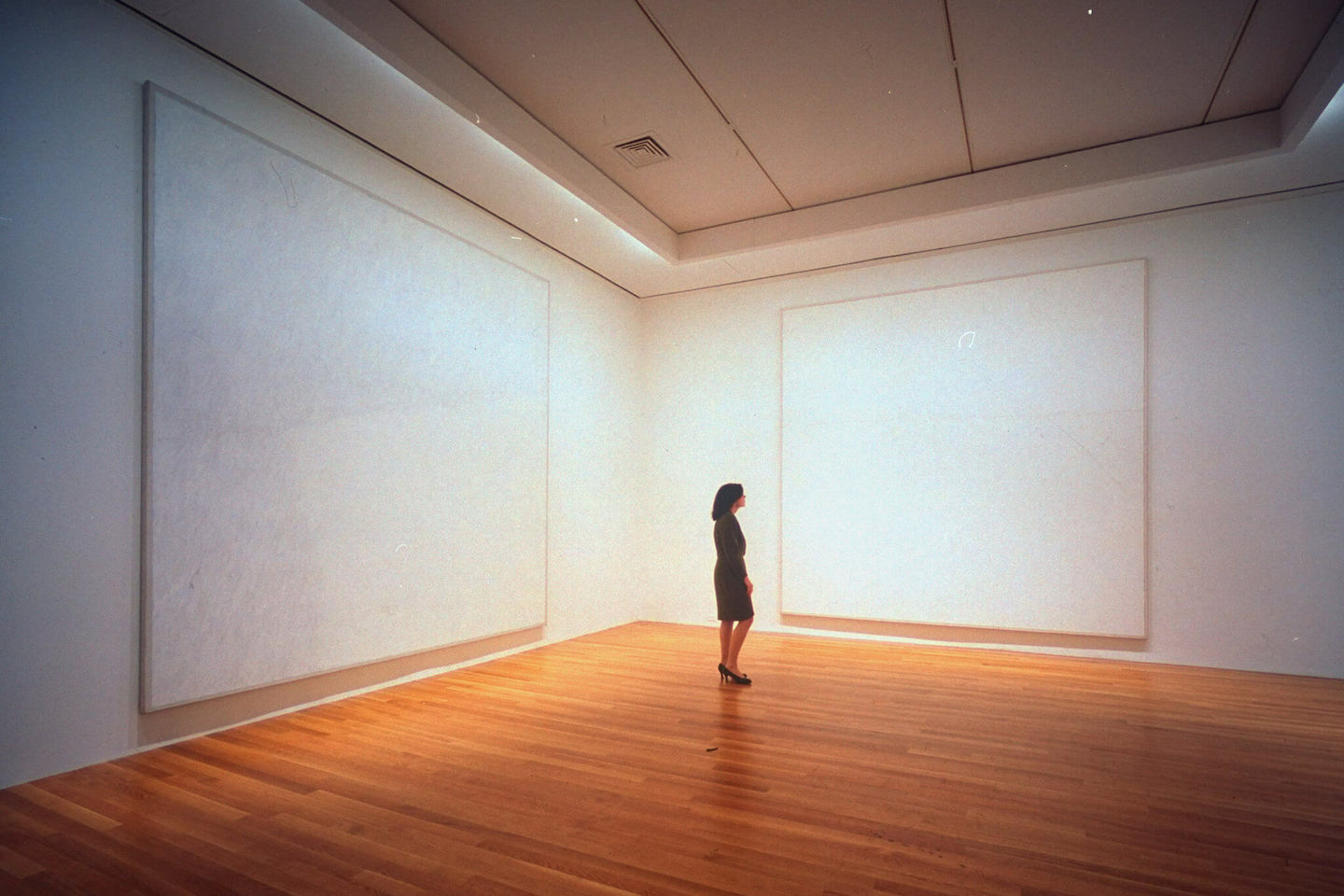 The other day, I came across this message in my RSS feed, about the death of artist Robert Ryman.

What caught my attention was that he mostly painted in white. Uh, what?! But yes, he did.

Looks like taking the concept of non-finito to the extreme: don’t depict anything, and leave everything to the mind of the beholder. Non-finito is a technique of the sculptors of the Renaissance, including Michelangelo, who left part of their statues un-finished, remaining “inside” the stone block they were created from, to be perceived by the beholders only in their imagination, sometimes to the extent that the block was too small to actually contain the unfinished part of the statue, but nevertheless perceived completely in the beholder’s mind.

Leonardo da Vinci used his related “sfumato” technique to leave aspects of his paintings to the imagination, and also later artists, such as Cézanne, who believed that thinking and imagining were the keys to truly seeing, applied non-finito concepts and techniques, by carefully leaving out details of their work they wished the viewer’s imagination to finish. 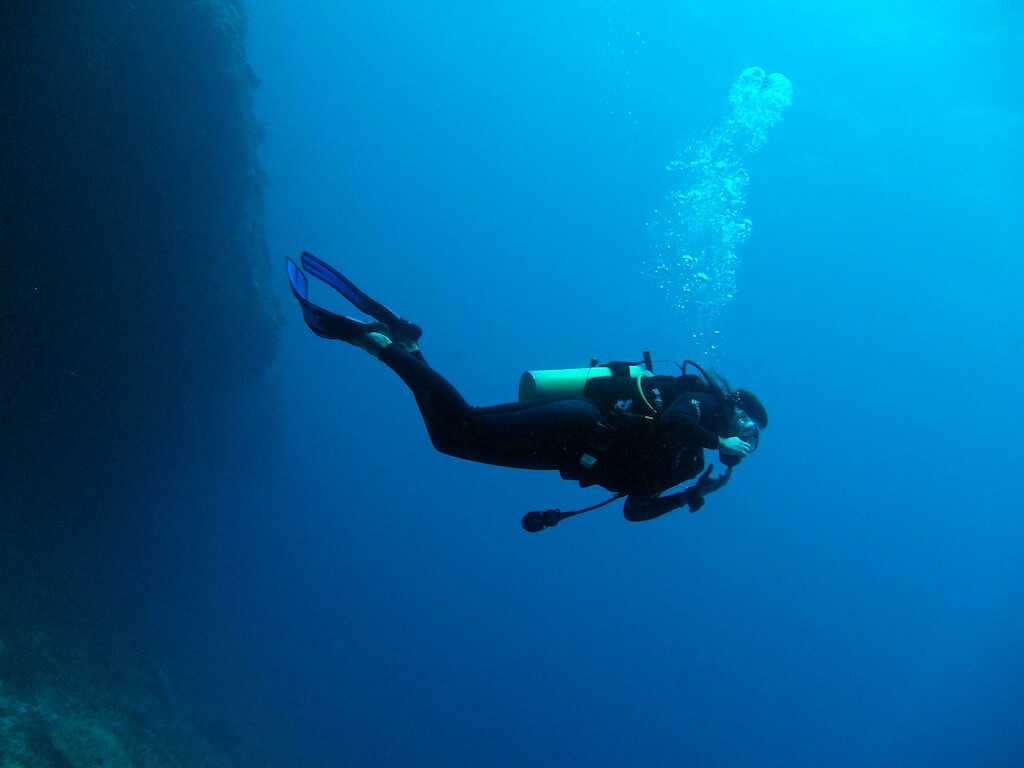 Or take this photograph. At first, you see a diver, sinking down, against a background of nothing but blue water and some rocks on the left.

However, flip your perspective, and you realise that the subject matter actually is not the diver, but the sea – its vastness, the unknown, the beauties, the dangers. Become the diver, on the one hand relaxed, with the feeling of flying, on the other hand with the tension and the thrill of the unknown to come in the so-different realm deep down there.

See what is not depicted, but there. At least in your mind.

Coming back to Mr Ryman, the cynic in me has triggered a thought: what if his work was simply the ultimate fuck you for the world of art, and their machinations, by reducing his efforts as much as possible, but still producing pieces of art that would send critics, gallerists, and customers reeling to find and invent interpretations and artistic concepts and whatnot?