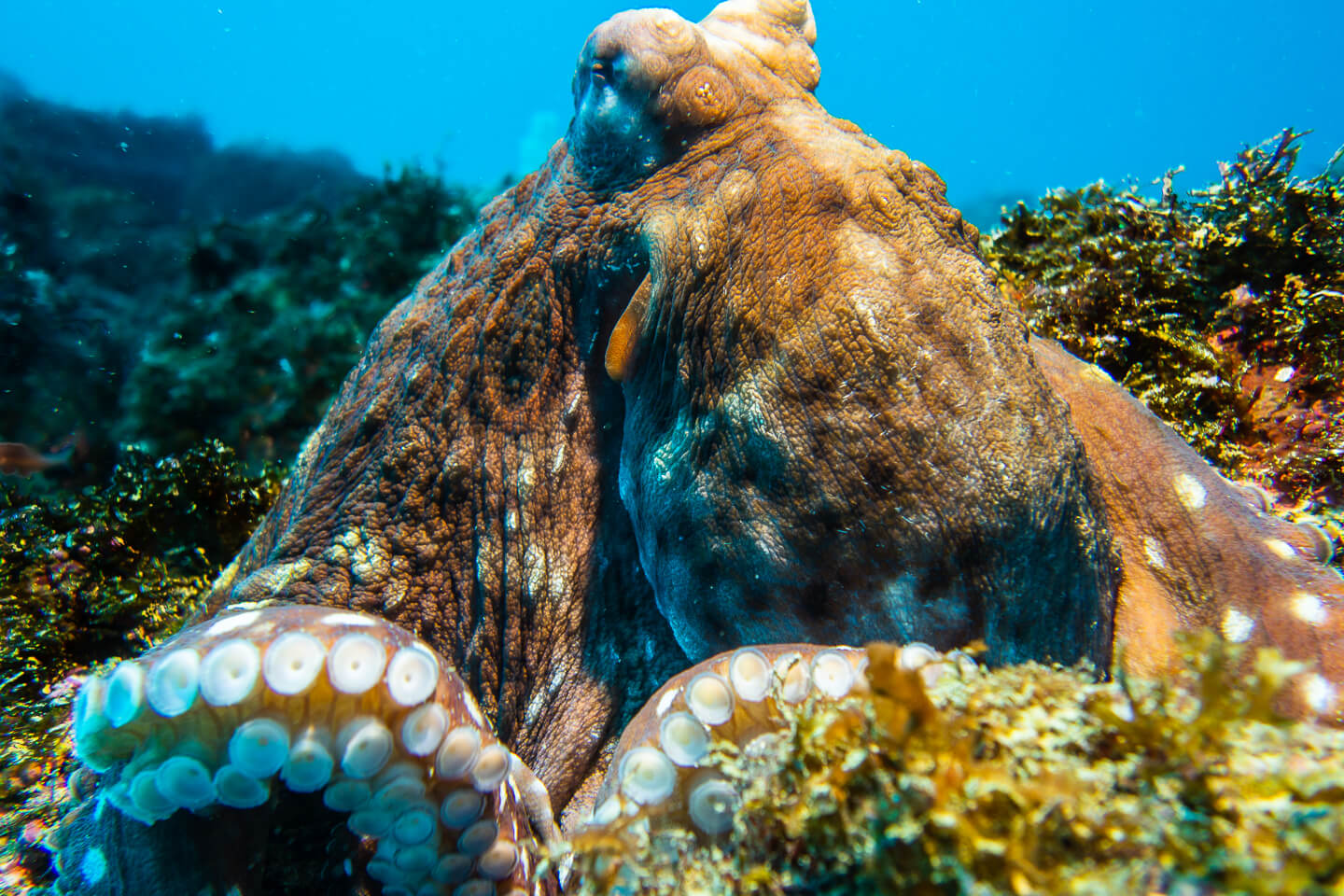 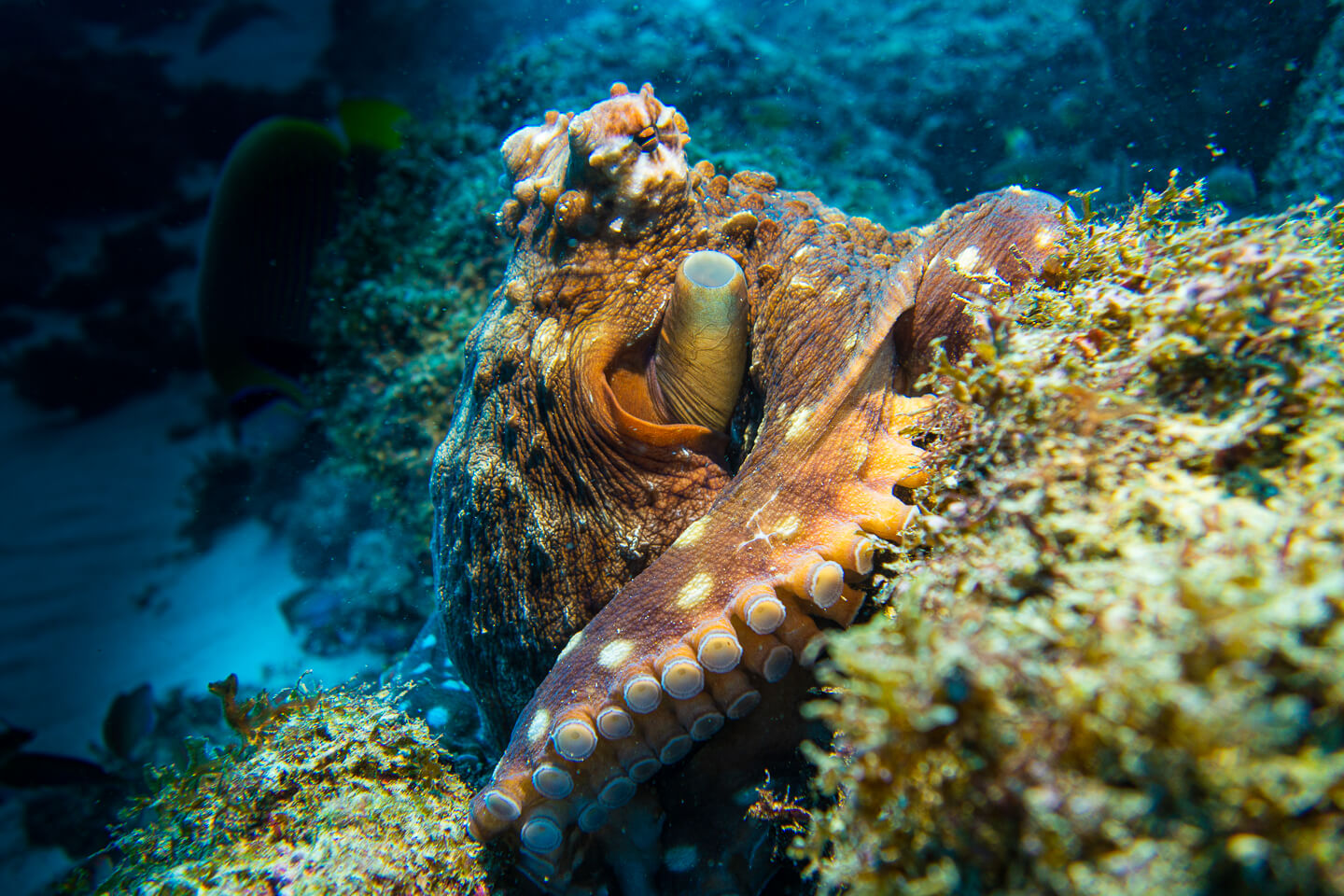 Last week, at Snake Reef near Flic-en-Flac, we encountered this octopus. Snake Reef is a beautiful dive, a flat reef, surrounded by sand. Its beauty is in the details of what you find under the overhangs at the edge, and in the many crevasses, holes, and tunnels. In addition, looking outwards towards the sand patches can also pay off, as often we encounter rays that are lying flat on the ground, covered by a thin layer of sand, and then will arise and “fly” majestically around. It’s not a deep dive, some 28 metres, but you spend all your time at that depth, simply as there’s nothing between the reef and the water surface, so the dive usually is limited by the decompression limit, not the remaining air in the tank.

The octopus went hiding in a crevasse at first. It’s amazing what small spaces they can fit in. Then it came out, and presented itself in all its beauty. They are hunters, crawling on the reef to find their prey. They can also swim, and very fast so if they need to escape predators using jet propulsion, but they exhaust themselves quickly. They have three hearts, one for the main body circulation, and one for each of their two gills. When swimming, the main heart is inactive, hence their quick exhaustion. Therefore, the prefer to crawl, using their eight limbs. Apart from the gills, octopuses can also absorb oxygen through their skin.

The limbs are highly autonomous. They are not controlled by a central motor complex in their brains, but contain their own densely packed nervous system, hence their independent movement. In fact, octopuses have poor proprioception, they have to visually observe the movement of their own arms to know their exact locations.

Octopuses are very intelligent creatures, with the highest brain-to-body mass ratios of all invertebrates. They can easily be trained to distinguish between different shapes and patterns, and they appear to form both short and long-term memories. As other intelligent animals, they can make use of tools. Also, when interacting with them, they clearly show evidence of a conscious mind, being aware of themselves and their environment. It would be so interesting to be able to just once feel how it is to be an octopus. Heck, we can’t even know how it is to be another specific person, but we can imagine at least. Experiencing to be an intelligent creature whose evolutionary path split from ours a few hundred million years ago might be, well, mind-blowing.