13 Minutes to the Moon

Last year, before the 50th anniversary, the BBC had aired a very informative and nicely produced podcast about the first landing of the Moon by Apollo 11 in July 1969. I have only just recently discovered the podcast, which is titled 13 minutes to the Moon.

The programme covers the whole development process, and of course, the final descent of the Lunar Module to the Moon’s surface – the 13 minutes. There’s a lot of background information on the people, technology, and the related challenges. An important topic is the control and guidance computer, including the famous 1202 and 1201 alarms during the descent and landing phase, the 13 minutes from separating the Lunar Module from the Control and Service Module until the touchdown on the Moon.

It seems I cannot get enough of this. Is there a Moon Landing Anonymous?! It’s probably a lot of engineer’s nostalgia, but then again, the Apollo program – and the predecessors Mercury and Gemini – was simply quite a science and engineering achievement, a victory of human ingenuity, dedication, and systematic work, also overcoming the many differences in viewpoints and cultures of groups of engineers and pilots, resulting in a well-functioning system nonetheless. This seems so far away – and ahead – of what would be possible in today’s political and economical landscape. You know, investment in real achievements, not social networks. I am aware this is an oversimplification, but I think the overall picture it nonetheless holds some truth if you squint a bit. Also, note that I am not saying this kind of endeavour should today be directed towards more space exploration, say, sending people to Mars. If the same will, focus, resources, and cooperation were applied to climate change and alternative energy, just to name an example, try to imagine what would be in reach within just ten years, ie. about the same time frame Kennedy set as objective for the moon landing.

But I digress. Back on topic. I admire the clever use of the available and nascent technologies, as well as engineering and science, where simplicity is a plus, with the only complexity allowed is driven by the needs of the problem space, and not the nice-to-haves of the solution domain. The first ever flying apparatus flown by a computer, autonomously, but with a fluid boundary as regards the separation of responsibilities between the astronauts and the guidance system once in space, based on the experience with the Gemini and the Mercury programs, as well as the X-15 experimental aircraft. 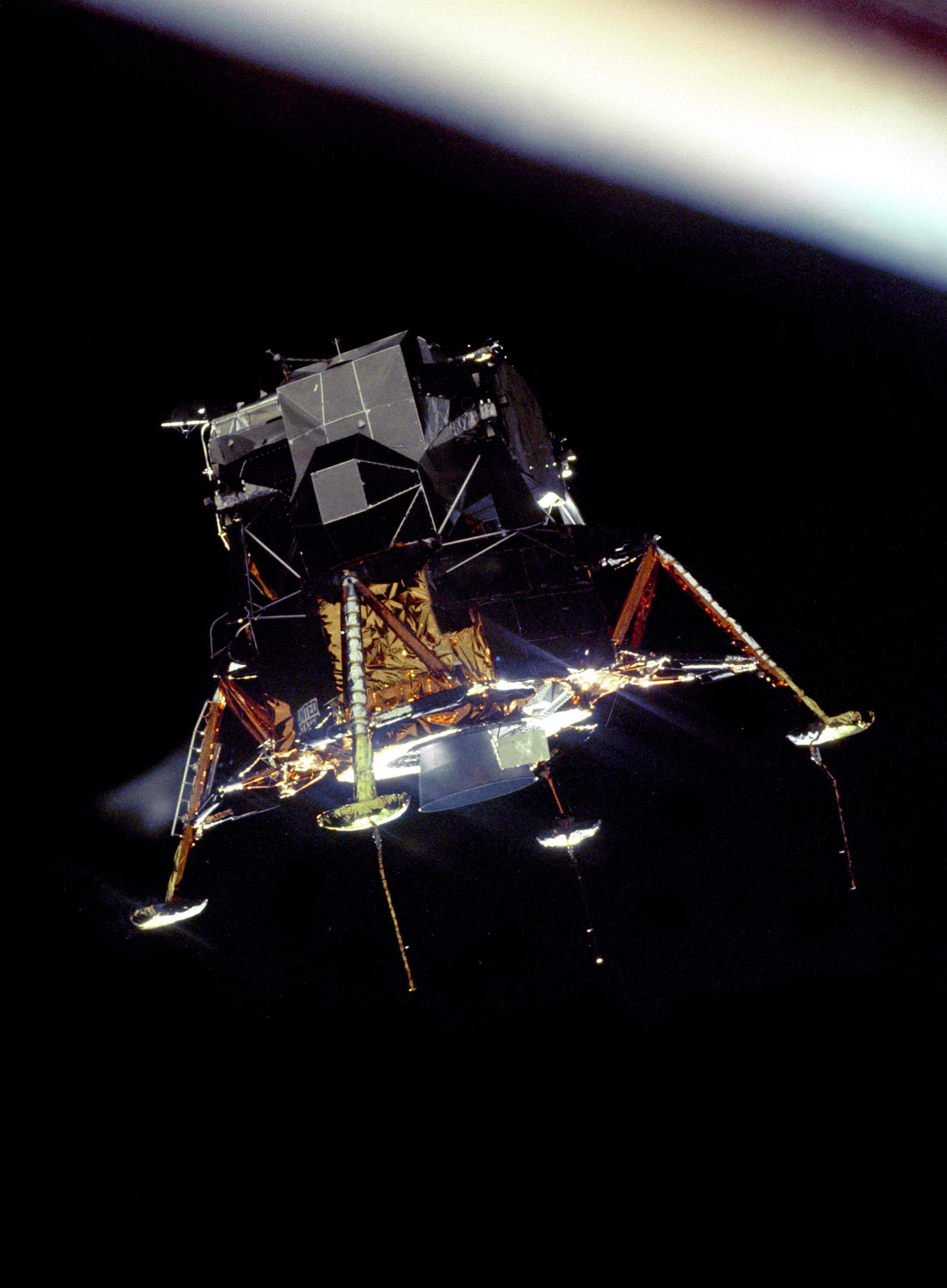 Ah, yes, there’s an added bonus to enjoy some Real English language, at least by the BCC staff. The interviewees mostly speak American English, obviously, but that cannot be helped, I guess. Just kidding. It’s highly interesting to listen to the first hand testimony of people that were actually there.

PS: There’s a second season of the podcast now, which covers the failed mission of Apollo 13. If you like the movie, don’t listen to the podcast. The movie is stale and somewhat silly after you do. The podcast enthralled me way more than the movie – I have checked after listening to the whole season. I don’t think I’ll ever watch that movie again.