And Here We Go Again

As from the beginning of this month, Mauritius has re-opened its borders. Sort of. The rules and regulations are very strict, in order to avoid a massive resurgence of Covid-19 infections. Each and every entrant to our country must spend two weeks in quarantine, independent of where they come from. And not in some “quarantine at home”, but in specifically designated hotels, and strictly confined to their rooms. PCR tests are done twice during the quarantine period.

As a result, the number of cases on the island has gone up again slightly, but all these cases are imported, and caught upon entry or during quarantine. 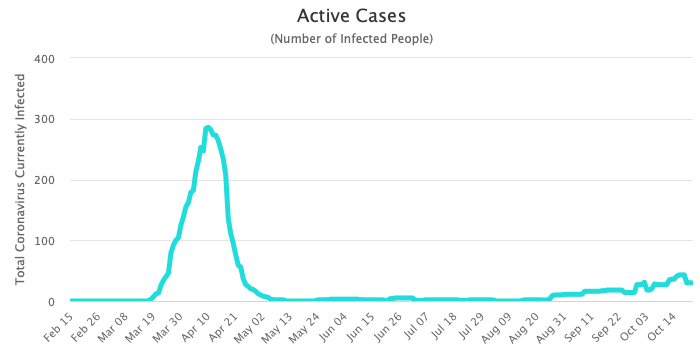 There are no local infections at the moment. The life here is close to normal. Sure, people are wearing masks in shops, but the mood is pretty relaxed. People simply accept that masks and keeping some distance to strangers are reasonable and very practical measures. Hence, I would say everyone feels pretty safe for now.

However, as we know, things could change rapidly – see Europe.

Two months ago, in We the People I wrote:

All over globe, we have a resurgence of Covid-19 cases.

As I further wrote back then:

Many [countries] are back to March or April levels. Now we should see if these countries have made good use of the time, and the knowledge and experience gained, to put some kind of structured control system in place.

I am not too optimistic.

So, bottom line, no, I don’t think we can put much trust in the people – remember, that’s us – as a whole in this case.

The current massive resurgence appears to reinforce my doubts.

Case in point: Switzerland, which I consider rather well-organised and systematic in general. 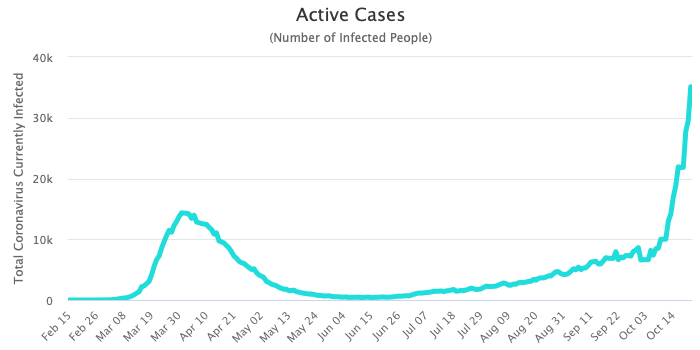 During a recent press conference, “surprise” was expressed how quickly the case load has gone up in the past days and weeks, bringing certain regions and hospitals already close to their limits. The federal government has imposed new and stricter rules over the last weekend, and reserves to go even further if the measures' positive impact is deemed not sufficient.

Switzerland is just an example. Check out the current daily coverage, and you’ll see the same happening all over Europe, with countries such as France already imposing curfews or local lockdowns, and others thinking about going back to similarly drastic measures. The northern countries fare better, though. The latest idea are “mini-lockdowns” or “circuit breakers” – closing down for two or so weeks in an attempt to break the exponential increase of cases and thus to avoid overloading the health care systems.

And yes, I am aware that the current case numbers are not directly comparable to the ones earlier this year, due to number of tests applied. Also, the differences between countries and their testing regimes remain, so inter-country comparisons can be somewhat difficult. However, to judge the severity of the new outbreaks, and in particular to assess the forthcoming development, the shape of the curve is decisive, not the absolute numbers.

Obviously, drastic measures such as lockdowns should be avoided for a plethora of reasons. Governments all over the globe have implemented some kind of control system. Actually, all kinds of different systems. However, finding the right mix and amount of measures to both control massive infections rates and also avoid lockdowns appears to be a tricky business, based on the experience during the past months.

First, there are politics, but, second, the kind of fine-tuned measures required to keep the balance between a healthy population and a healthy economy are maybe just not feasible considering the human mind and consequently also the societies' inner workings.

Therefore, the governments' control systems might simply be doomed to be coarse instruments, oscillating between phases of harsh restrictions, and of people neglecting the lightened rules and thus the related care and protection.

The massive second Covid-19 wave should not be a surprise, though. At least the scenario has been foretold: governments and people letting their guard down during (European) summer, and then, without changing their rules and mindsets, entering the period of the year when everyone needs to move inside due to the colder weather. Countries such as the UK having ever changing and never clear rules did – or does – not help in this situation.

For the sake of a full picture, there are countries which don’t experience a second wave – simply because there is only an ever-going first wave.

Check out the USA: 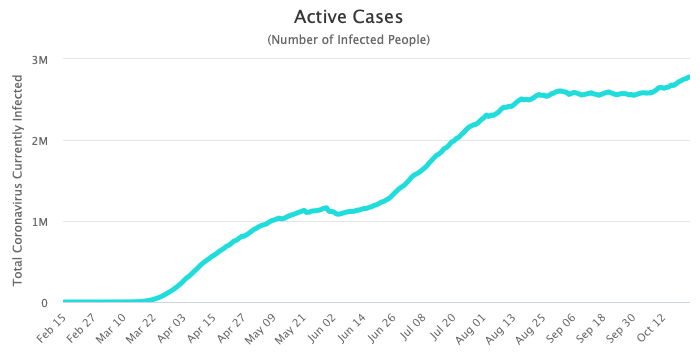 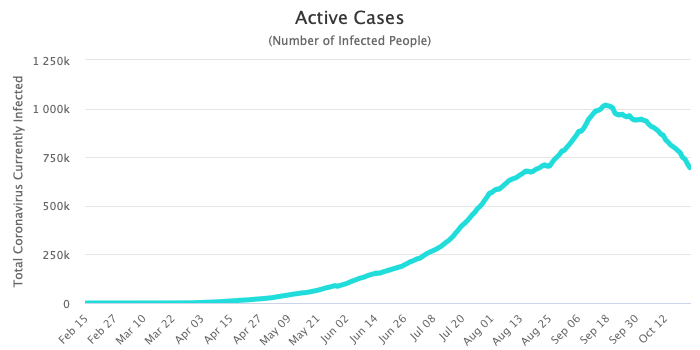 I still think this moody quip is spot-on:

If you’re not annoyed by what you do to protect others and yourself, you’re probably not doing enough.

All the above figures and graphs are from https://www.worldometers.info/coronavirus/. Their tables are detailed, and can be sorted by any column.

Johns Hopkins is another good source, but they are annoyingly – if understandably – focused on the USA, and the info is less detailed.