As of today, the USA has assumed the leadership in the Covid-19 crisis – sadly not regarding measures, and setting an example, but by having the most reported1 cases, globally, overtaking China and Italy. The global number of cases has surpassed half a million. What’s striking is that nearly half of the cases in the USA are reported for New York. There are several explanations floating around for this, including New York being a travel hub, the tightly packed city with its small apartments in general, and simply the odds of a pandemic. Closely following and studying the New York case might be worthwhile.

As presented here, in this video, the theoretical curve of spreading a disease by transmission from human to human has an S-shape: 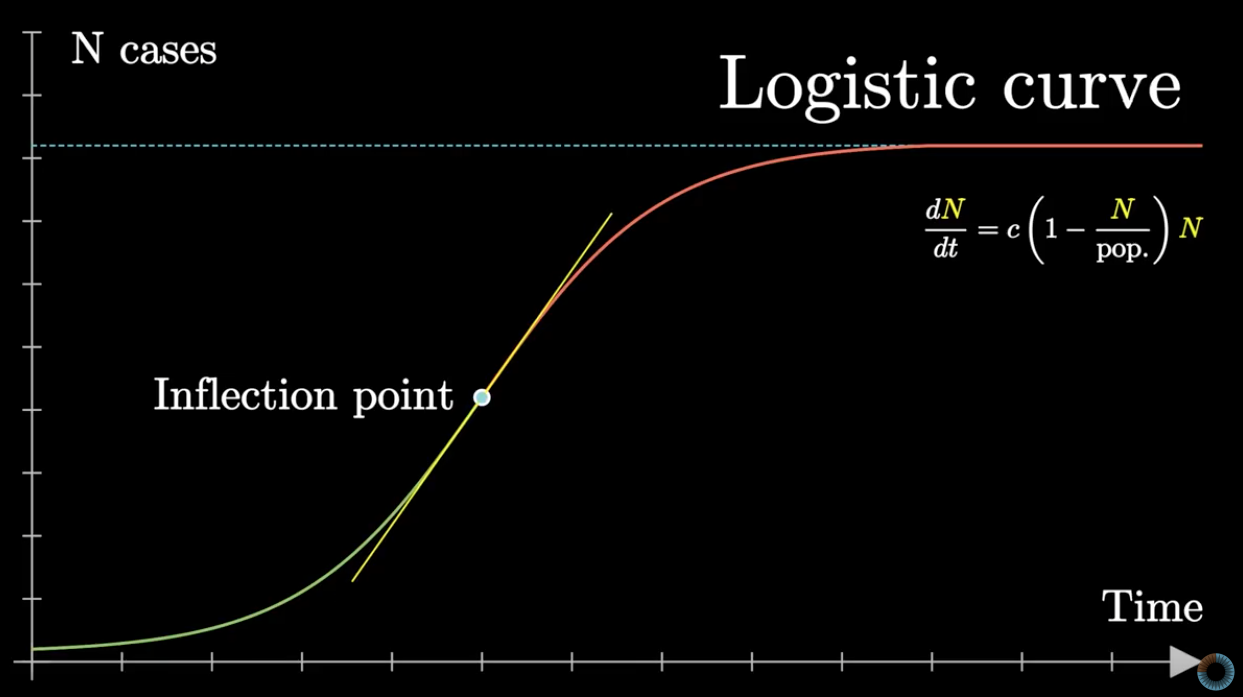 The problem is, of course, that as long we have sharply increasing numbers, and don’t yet know enough about acquired immunities of the population, we cannot really know where we are on that curve.

Look at the curve for China:2 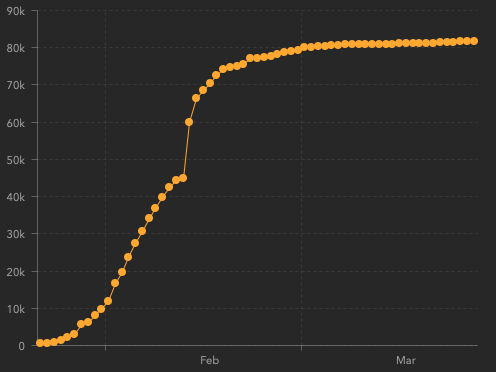 Clearly, we’re on the curve segment which tapers off. Unless the virus starts to spread again, be it in different geographical locations in China, or due to loosening the confinement rules, China should be over the top.

Now look at the curve for the USA: 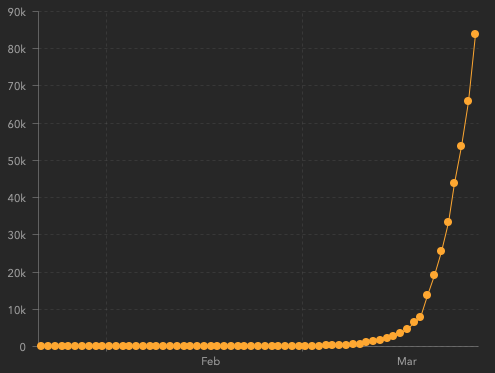 Obviously, we’re in the sharply rising segment of the theoretical curve, but we have no idea how far up it will go. Same for other countries. To loosen the various restrictions and confinements all over the world at this point would be madness.

Here’s the curve for Mauritius: 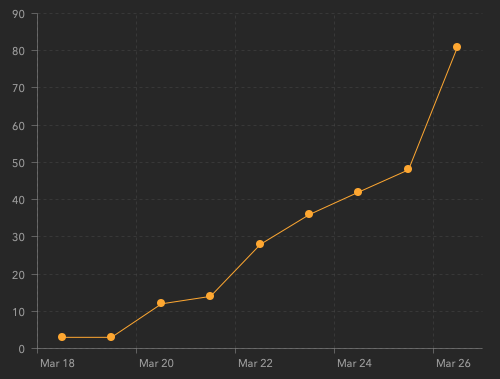 Looks pretty linear as of now, but check out the limited time scale, as well as the big uptick from yesterday (+33 cases). The starting segment of the theoretical S-curve is also close to linear, if you squint. We either have it pretty well under control, or we’re about to see a massive exponential growth in the coming days and weeks.

Measures by a “Developing Country”

Mauritius is a “developing country”, from the point of view of the so called “developed countries”, or “first world countries”. Which is an interesting term – I really hope each and every country is ever developing.

Anyway, we’re not rich. But know what? We have way better sick-leave conditions for all employees than the USA. Granted, this might be a low bar, but still worth mentioning.

We also have free medical care for all.

A few days ago, the Mauritian Revenue Authority (MRA) made sure that everyone would get their March salary, which was due this week for most employees. Companies could apply online for support. Laying off people is of course possible, but the laws are pretty strict. We have recently employed an assistant at the Charity Centre, so I had to dig into this topic. There’s a lot of protection against a hire-and-fire approach, which probably is a legacy of the olden days when sugar cane, with its respective fields and factories, was a main product of the country. Protecting low-wage workers, also in other industries more relevant today, is only fair, and the laws are set-up accordingly.

In the meantime, mid- and longer-term support measures for the economy have been put in place, from cutting taxes to government-secured bank loans.

Also, a solidarity fund has been set up, where people with money, of which there are quite a few here, can contribute to support the less well-off. I did. Not that I am rich, but better off than many here.

The government has set up a free food delivery service for the 35,000 neediest people in the country. The police helps people that have run out of cooking gas. In the recent days, on-line ordering services have been put into operation, so people can order food and other items they need while under lockdown.

And so on. It’s encouraging to see all these governmental and private measures and actions come into effect.

And, last but not least, we have an Covid-19-specific app for iOS and Android, beSafeMoris.3 The app gives access to continuous new, such as bulletins by the Government and its agencies, provides general information on the virus and the disease, shows the closest health care providers, and so on. Sure, it’s not a complicated app, but even so it’s impressing to have it available at this point into the pandemic – which proves that someone was thinking way ahead, at least one month ago, and made it happen.

So, developing country? Sure. In the right direction, give or take.2