Mo finn pe aprann Kreol Morisien, depi de-trwa lasemenn aster. I have been learning Mauritian Creole, for a few weeks now. While French and English have been the official languages since the English took over the island in the Napoleonic wars in the beginning of the 19th century, Creole is the language spoken by most “on the street”.

The situation is a bit like in Switzerland. German, French, Italian, and Rumantsch are the four official languages. But what does “German” even mean? Sure, the written language is pretty much what Germans speak in Germany, give or take, but “on the street”, it’s not. It’s Swiss German, the Creole of Switzerland. And like Mauritian Creole compared to French, is pretty different. Germans don’t usually understand Swiss German, unless they stem from the southern parts of Germany, close to the Swiss border, where they also speak Alemannic languages.

But let me break it to you: Swiss German does not exist. We just tell foreigners that we speak Swiss German, to not overly confuse them. Or to confuse them? But in fact there are the distinct languages of Berne, Zurich, Basle, Zermatt, and so on. They are not fundamentally different, such as German or Italian, but 50 km distance can make quite a difference regarding the language spoken. I grew up in the region of Berne, and my native language shows that. Any Swiss aware of the differences can pin me easily to my home region.1

My mother grew up in the Bernese mountains. There they speak a variation of Bernese, very distinct, even softer than my own language. They more or less sing when speaking. It’s beautiful, and when I had spent some weeks up there as a kid during my vacations, I had adopted the singing language. I remember a boy-friend of one of my sisters, who did speak Bernese, but still could not fully understand the mountain Bernese that my aunt speaks. Just to give you a picture.

We had to learn “proper High German” in school, growing up speaking Bernese. Today, with the Internet, TV, and so on, it’s probably different. The written language is High German, the spoken one Bernese. I don’t think the Swiss will ever lose their native “Swiss German” languages. Unlike, say, Italians, where the regional dialects are more and more getting lost by the younger generations. It’s a matter of pride, and differentiation.

The situation with Creole here is similar. It is the de facto national language. The origins of Mauritian Creole and Swiss German are pretty different, though.

The original inhabitants of Switzerland were Celts, the Helvetii. Cesar has written about them some 2,000 years ago. He beat them in the battles of the Saône and of Bibracte, when the Helvetii tried to migrate to the warmer regions of southern France.2 Switzerland then became part of the Roman empire, and there are lots of artefacts from this period, such as amphi-theatres. The local language was being heavily influenced by the Roman occupants, not least for the needs of government, and trade. Later, the Alemanni from the north conquered the region, bringing with them their Alemannic language, resulting in further amalgams. In fact, today, Swiss German is considered a High Alemannic language. It’s an indigenous language that has evolved, transformed, and changed over millennia.

Mauritius, on the other hand, was uninhabited until 1598, when the Dutch established a settlement, which they abandoned in 1710. After that, the French took control in 1715, and in 1810 the English seized the island. The French had immediately set about creating a plantation economy based on slave labour. Within a few decades, huge numbers of forced workers were brought to Mauritius, soon making up the majority of the population. The slaves, mostly from all over Africa, didn’t have a common language, and couldn’t communicate with their European “owners”, so they adopted their French. But without formal education, and only a few native French speakers to learn from, the slaves picked up pieces of French as they heard it, and their spoken French rapidly evolved. Thusly, Mauritian Creole was created, and has transformed even more ever since. In this sense, it has become the indigenous language.

Apologies to all scholars of history and languages. The above paints a picture in broad strokes, which I hope got about right, but I am sure I am butchering the details. 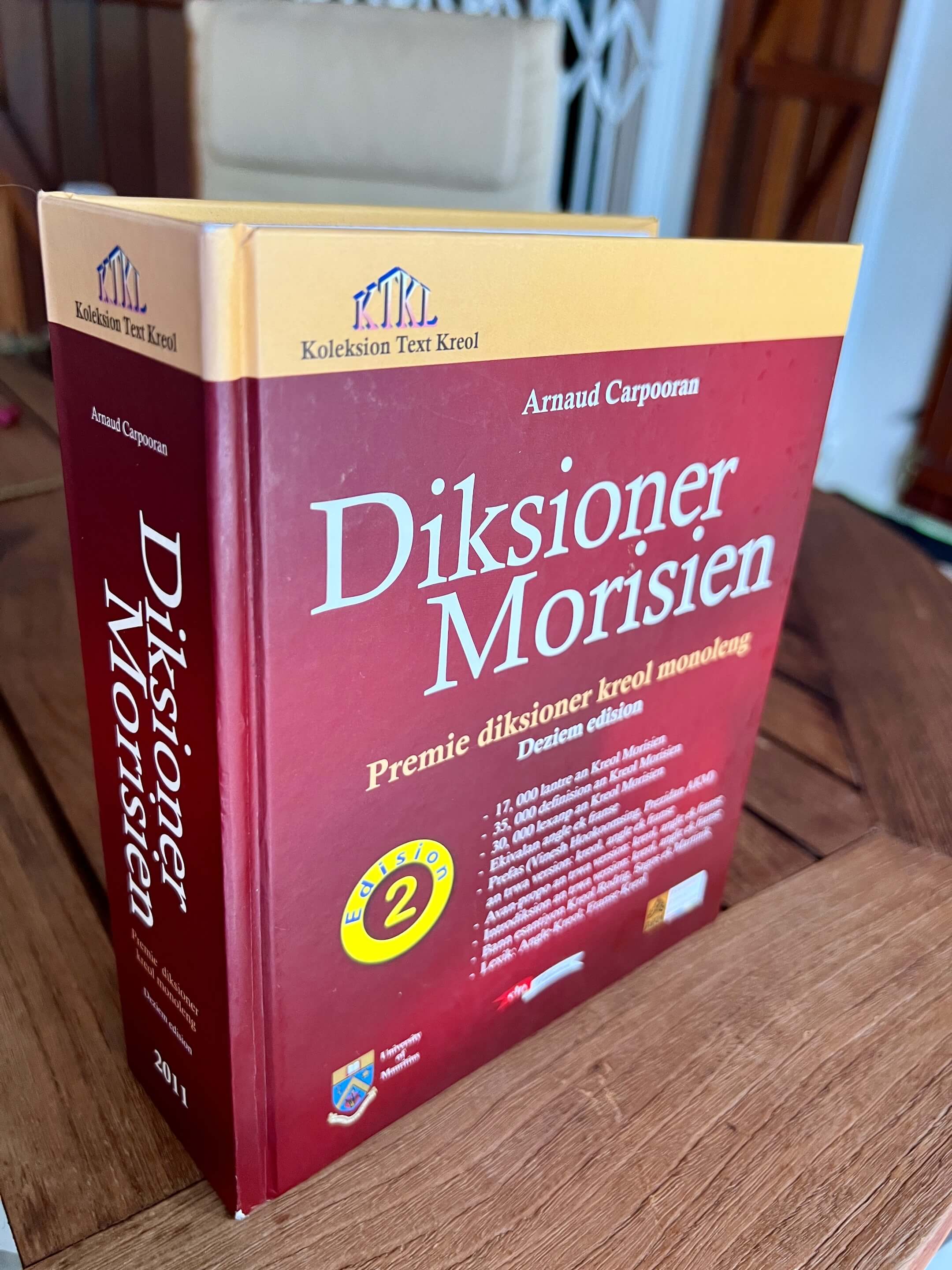 For hundreds of years, Creole was more or less only a spoken language. In the past years, however, the Mauritian government has made quite some efforts to elevate Creole to become the third official language. There exists now a grammar definition, as well as an official dictionary, which standardise the structure and spelling of the language.

Such a thing does not exist for Swiss German. Among friends and family, we do write in Bernese, or whatever the respective native language is, but it is far from standardised. To attempt that might be futile to begin with, simply as there is not one Swiss German, but region-specific dialects, as outlined above, and any attempt to agree on a common vocabulary and grammar across all Switzerland would be a non-starter. Tiny Switzerland is a confederation of 26 states, the cantons, each with its own constitution, legislature, executive, police, and courts.3 And this extends even to the community level. Local autonomy is valued highly. The spoken language is an emotionally important thing. I for one would not want (or be forced) to speak like someone from Zurich, or worse, St. Gallen. Gross! :)

While Mauritian Creole is clearly based on French, it fortunately has not imported, or inherited, the crazy complexity of that language. I assume due to its origin, and purpose. Keep it simple. For starters, there’s no conjugation of verbs, or declension of nouns, pronouns, and adjectives, as you find in German (four cases), Latin (five cases), or Slavic languages (if memory serves, Croatian has seven cases). Non-declension also means no plural form for nouns, as found in English and French, non-conjugation of verbs includes forming different tenses, such as past, or future. Small marker words are used for these purposes.

Kreol does not use any accents, such as “é”, or “è”. Different pronunciations of vowels are indicated by different means, such as the use of double “nn”. “Atann” (wait), is pronounced with a high and open “a”, and the “nn” is pronounced well audibly, while the “an” in “dousman” is spoken closed and muted, like “doucement” in French, from which it clearly derives.

As a peculiarity, the definite article “la” is appended to the word, such as in “liv-la”, the book, or “tifi-la”, the girl. Due to the origin and evolution of the language, some words were formed including the original article, such as “latab”, from “la table”, but to express the definite article you use “latab-la”. Lots of las. “Get bann soz-la lor latab-la laba” – behold the things on the table over there (“bann” is the plural marker).

Read this aloud, listen, and with some French knowledge you’ll understand. Only “koze”, meaning to speak, is probably not obvious. “Sak fwa” for “chaque fois” – one simply has to love it.

Of course the real challenge is to even understand others speaking Kreol. Mauritians tend to speak fast, and the Creole language lends itself to abbreviating and connecting words, which makes parsing very difficult for a newbie. The masks don’t help. Reading turns out to be easier. For example, I am pretty much able to read the grammar definition, which is written in Creole.

I had thought that to learn Creole I’d need to brush-up my French first, but the past weeks have told me this not to be the case. I guess I should have started earlier with Kreol Morisien. I really like it.