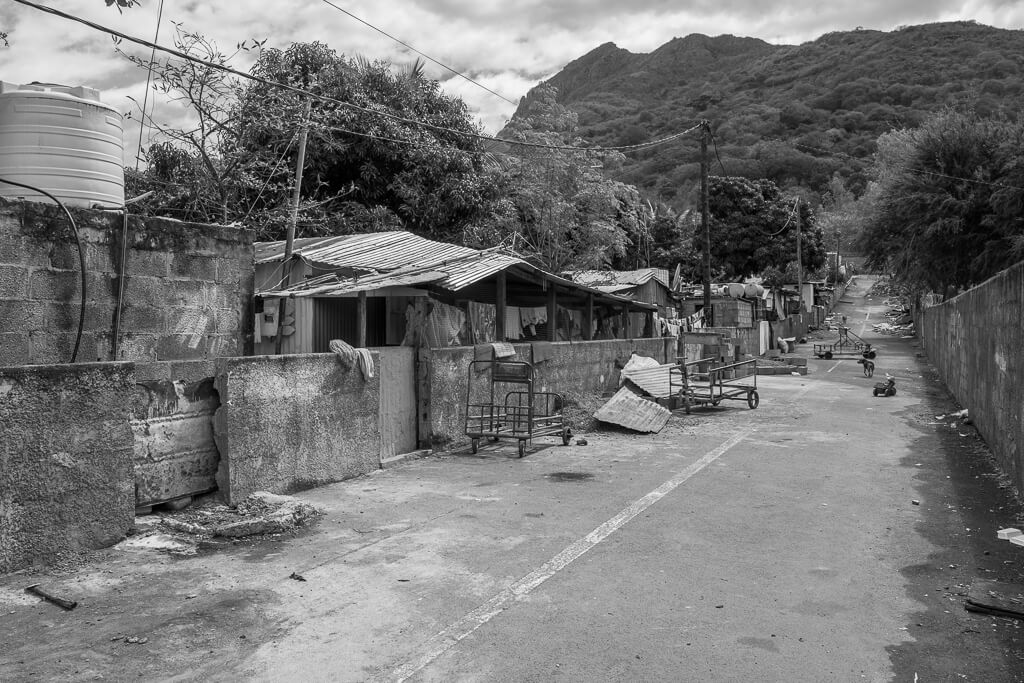 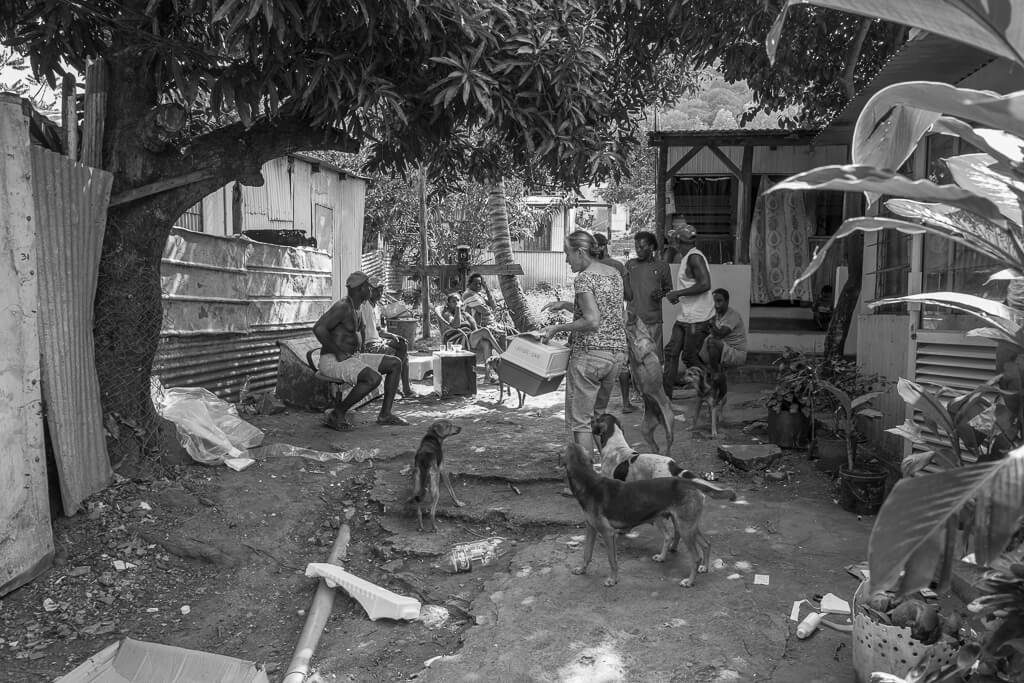 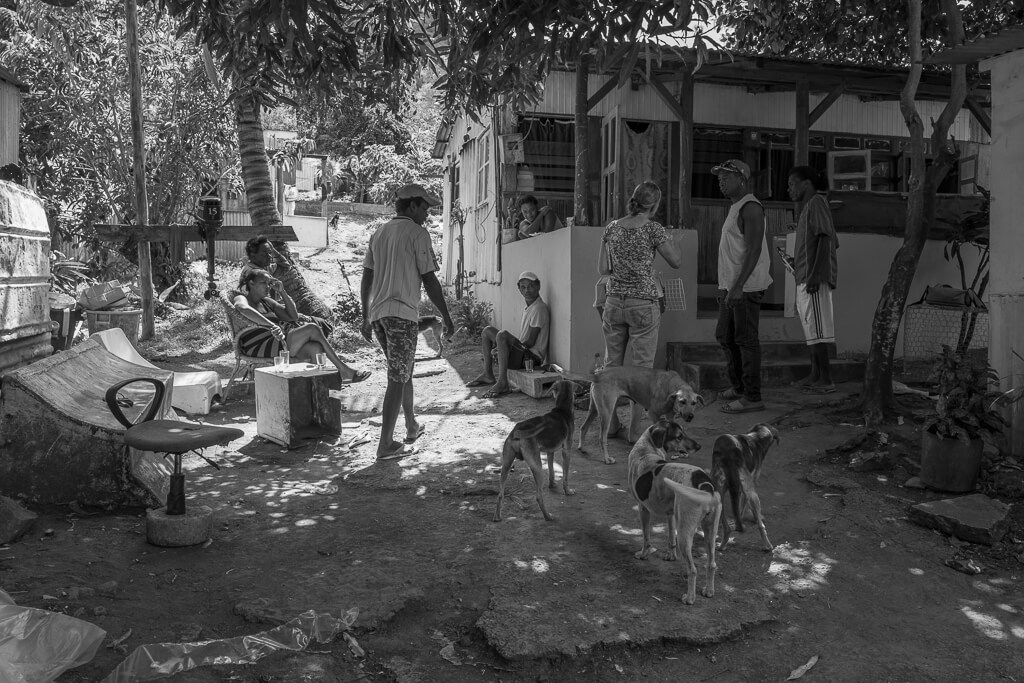 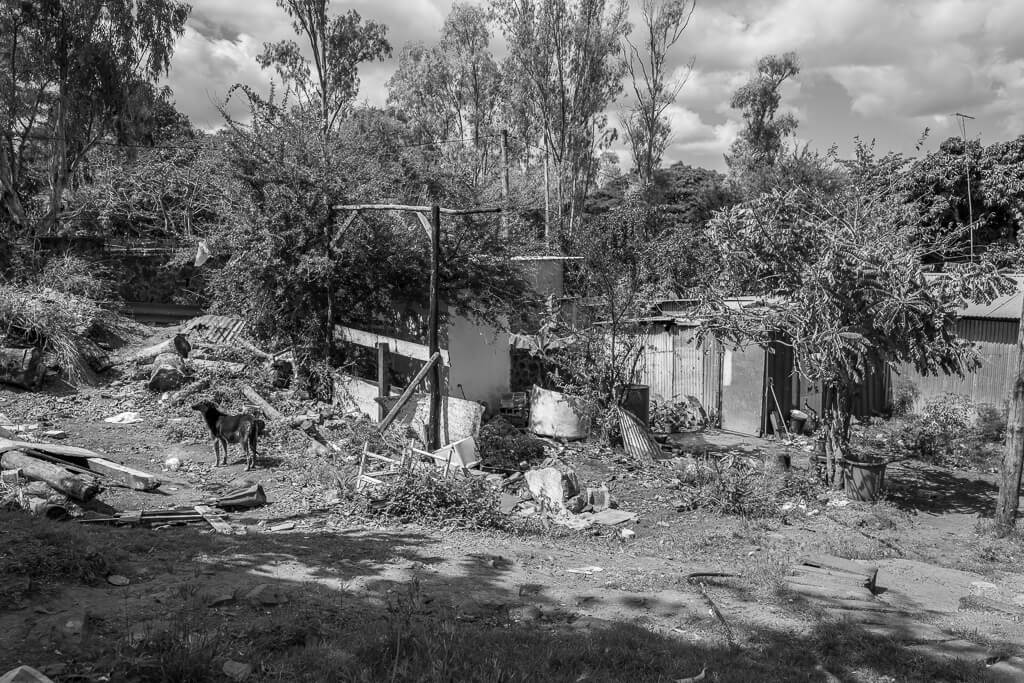 During a recent dog sterilisation day, I had the opportunity to visit “La Cité”, as it’s called, in Rivière Noire. Corinna and I went to pick up a dog there.

I wasn’t even sure that I want to report on this, as it’s a bit disturbing. Another world. I’ll avoid the most disturbing images.

It’s sort of a slum area, where people live in shacks. Pretty depressing. Not just the poverty by itself, but the messy environment.

By this I mean I understand that some people don’t have the money for better housing, many seem to be unemployed, as they were around at ten o’clock in the morning. I do not know their stories and their backgrounds, and who am I to judge, privileged white retiree.

What is somehow difficult to understand is why they live on, or in the midst of, a dump, literally. Waste and garbage everywhere. If they’d spend just half a day to collect all the stuff that’s scattered around, the living space would be so much more, well, liveable, from my point of view.

The government would pick up the collected garbage for free. That part is not a money problem. As said, it’s not that the people are busy all day. They were sitting and drinking rum. But the garbage all over the place does not seem to bother them.

A really, really different reality. I personally cannot grasp it.