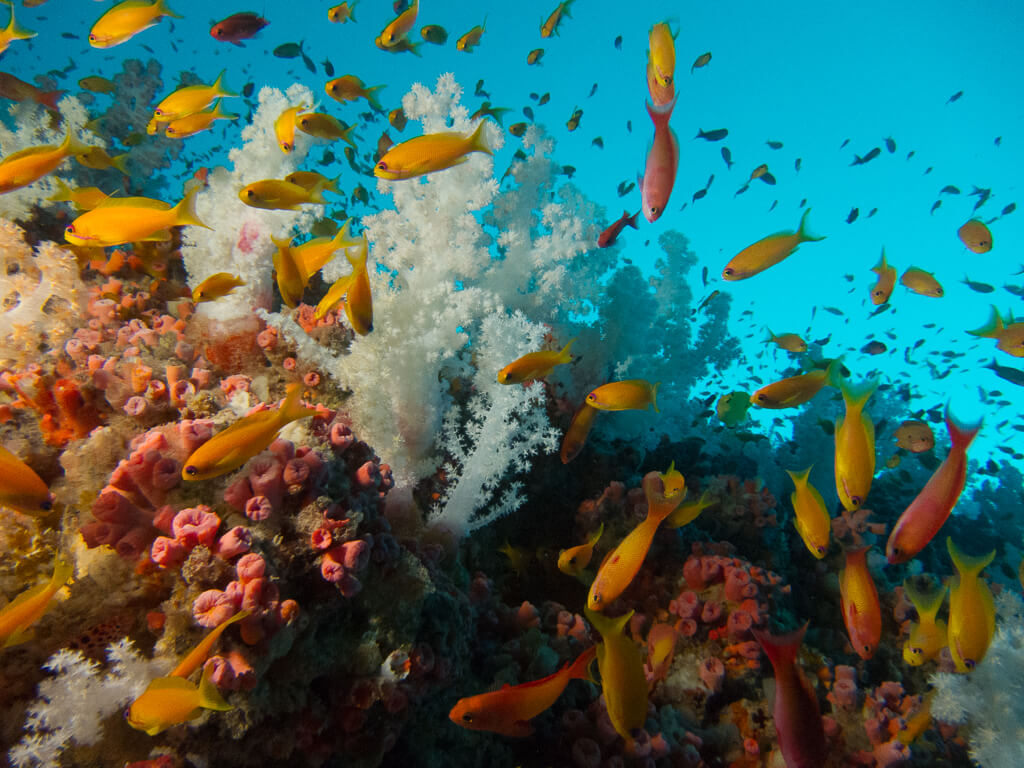 The underwater flora and fauna is beautiful and, as depicted on many photographs, very colourful.

The colours, though, are only visible thanks to a strong flash attached to the camera, or using a strong flashlight held in your hand if not using a camera. That is, what you usually see on underwater photographs, is not what you experience as diver without a flashlight.

The reason is simple: the water gradually filters out the red and green components of the daylight the deeper you get, until your perception is that of a blue-ish environment. 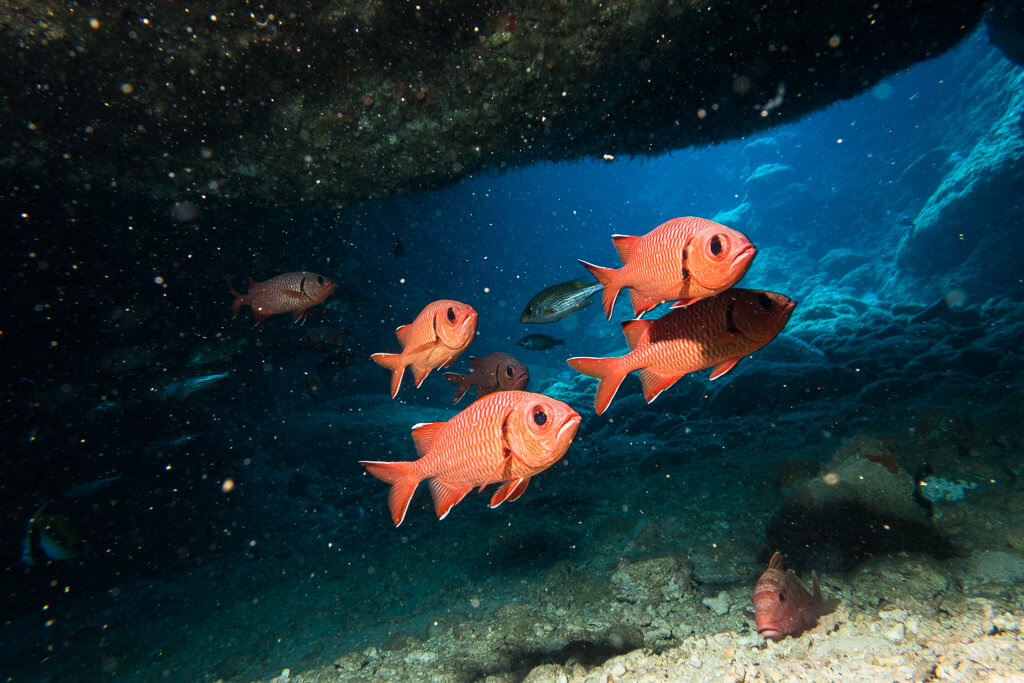 Alas, the underwater flash for your camera only serves to take pictures of close-enough subjects: unless you are in very, very clear water, for far away subjects, the many particles in the water between the camera and your subject will reflect and scatter the light from the flash, appearing as white dots all over your picture, as exemplified to the right.

Hence, if you’re – as I am – an underwater photographer, in a normal group of divers, without a team of helpers to set up a plethora of lights to get the perfect shot, you’re only left with the option to not use a flash to capture more scenic, non-closeup compositions. 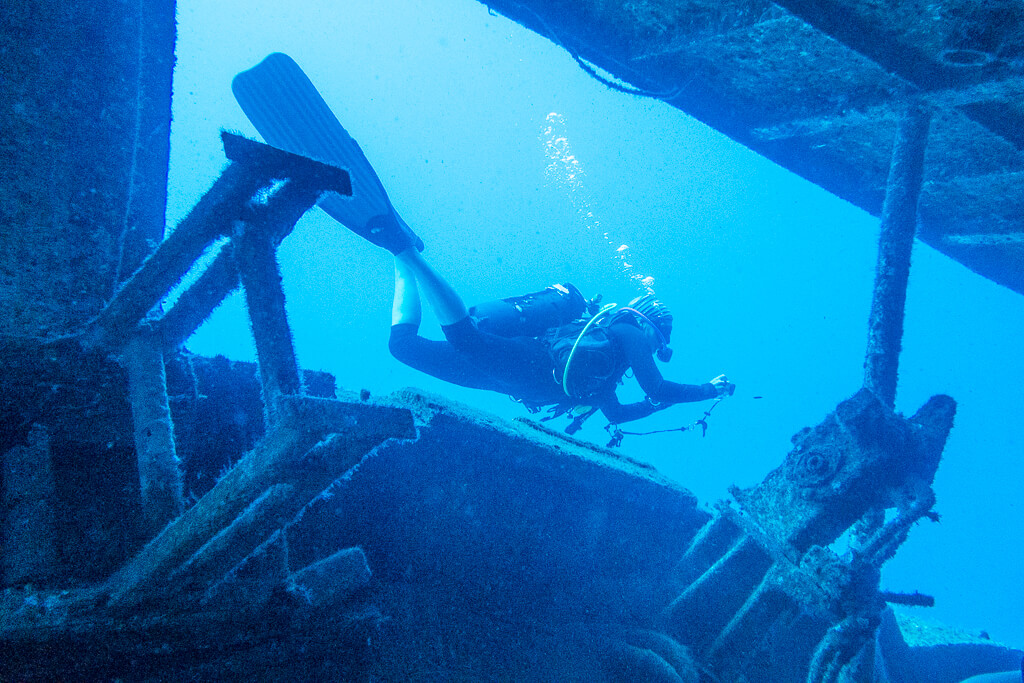 As I already have a gazillion of pictures of all sorts of fish, corals, and plants, I lately was thinking about shooting underwater landscapes, and trying “underwater street photography”, the latter being taking pictures of stuff that happens around me, if possible at the “decisive moment”, as described – and lived – by Henri Cartier-Bresson, the master of street photography. 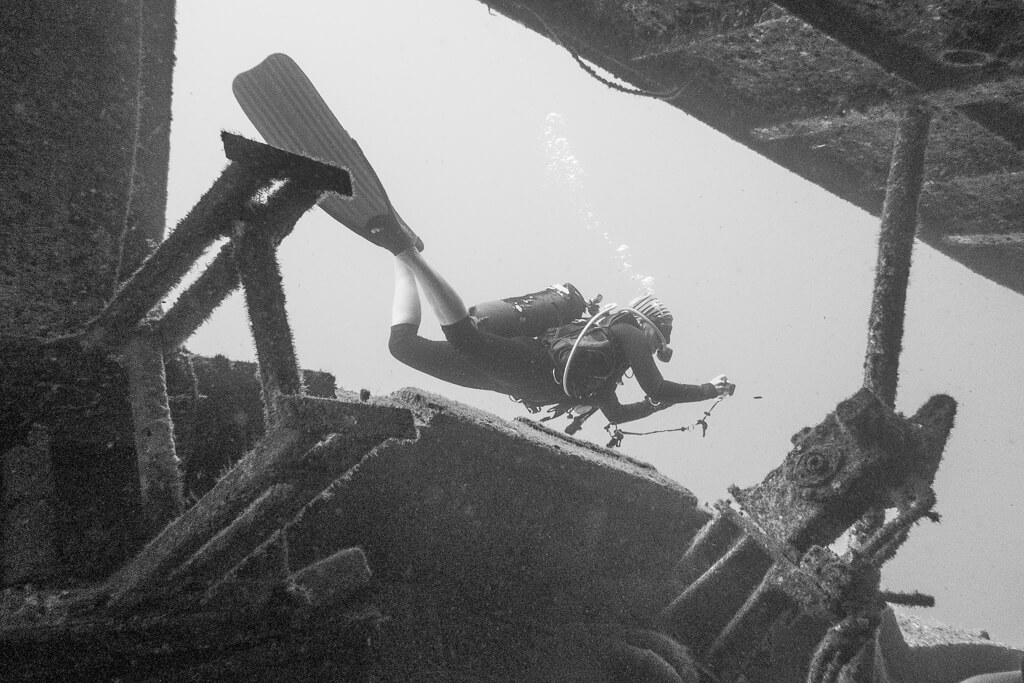 As outlined above, such pictures need to be taken without the flash, resulting in the natural blue-ish look found underwater.

However, as I basically already have a more or less monochromatic picture (blue), why not going full black-and-white?!

Which would be really following HCB’s example, if for different reasons. 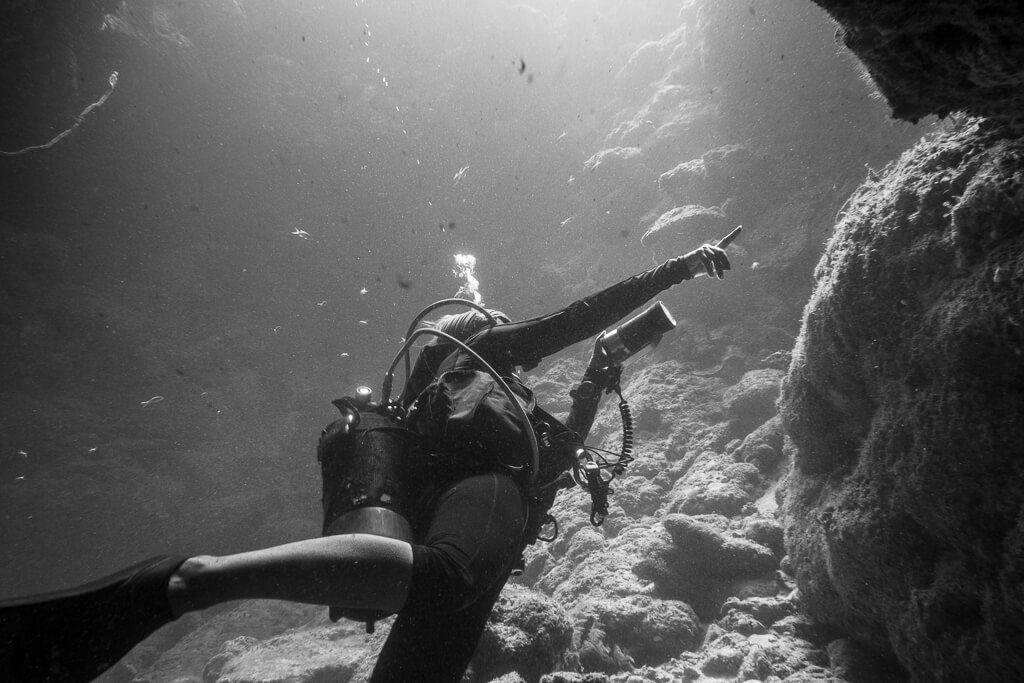 I sort of like that concept and will try what comes out of it.

I also realise that with black-and-white pictures I don’t think I want to clean them up too much. Look at the one to the left. Sure, I developed the (raw format) picture regarding black point, white point, and contrast. That’s just basic craftsmanship.

But I see many things I’d probably fix in colour, but somehow I like how it looks in monochrome as it is.

(For clarity, I am not comparing myself to HCB in any way. He’s just an inspiration.)