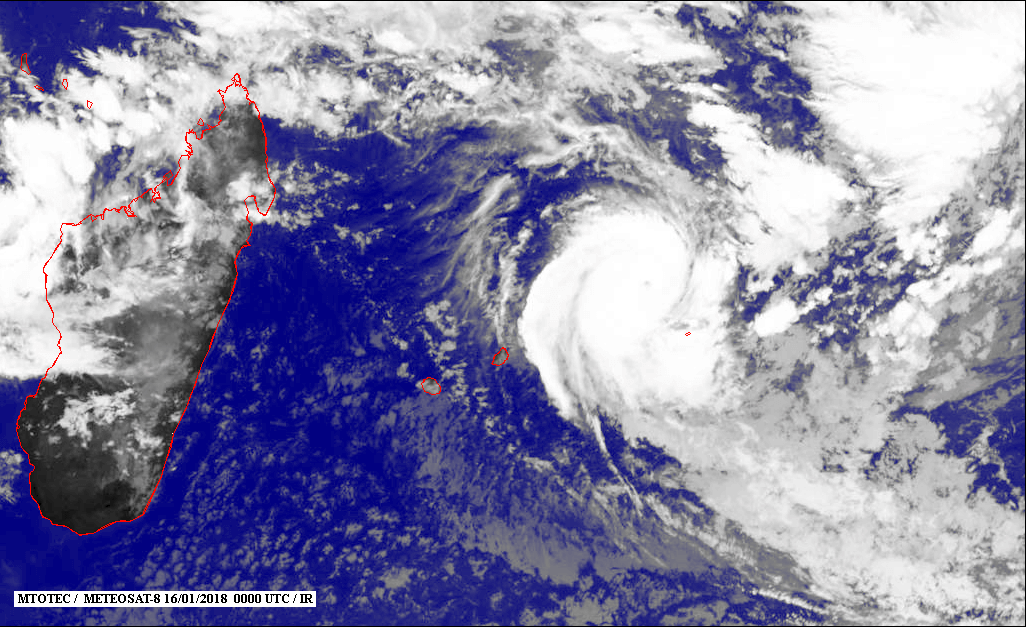 Early this morning, it has been eerily quiet. The sky way nearly clear, and there was a peculiar light. The dogs somehow seemed to crave more attention. Maybe this is all in my mind only.

There’s a tension in the air. We know that cyclone Berguitta is very close now, and it’s an intensive one, pretty much on course to hit the island, or just miss it by a hair. Hitting would mean that the eye of the storm is directly on the island, but it might just pass in the north. In any case, gusts of 100 to 200 km/h are to be expected. Starting today, and lasting until Thursday or even Friday. As I write this, the sky has now become overcast, with light rain.

I guess the tension stems from the knowledge that the storm in inevitable, but there’s little that can be done. Take all items inside, or tie them down. Some houses have shutters for the windows (I don’t) to protect them from being shattered by stuff that’s tossed around by the winds. Have food and other provisions. Be prepared to lose power and connectivity. That’s it, more or less. 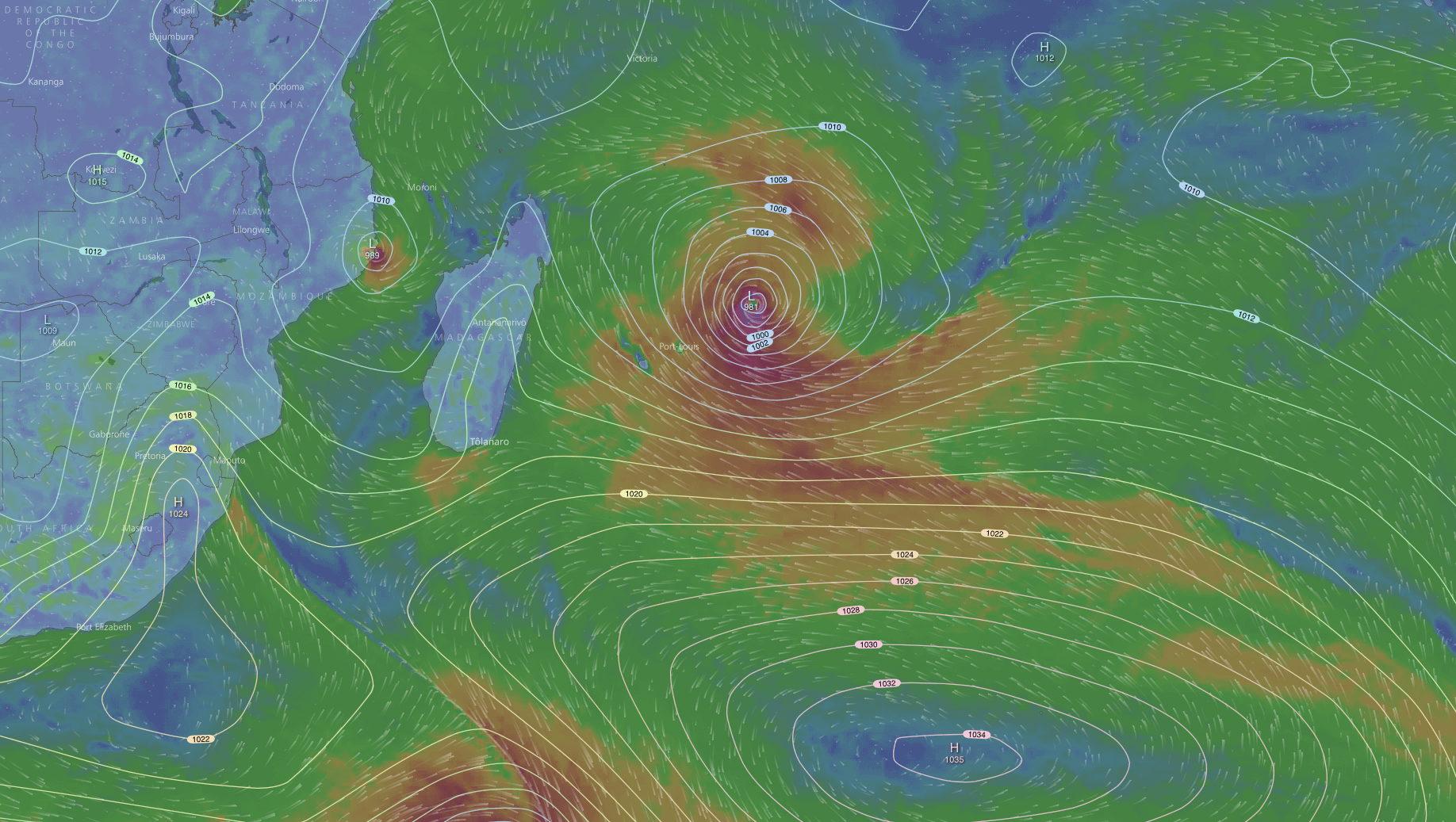 Here’s a link to a useful website that displays the conditions, with the possibility to see their predicted evolution over time. For the record, to the left, that’s what it looks right now.