The other day, rummaging through some drawer, I came across one of my old iPods. Yes, with an “o”, that is, the pure music player from back in the day. I had not used this device for years, as at some point I had switched to using my iPhone for listening music. Of course, the battery was dead, but why not try to give it spin and attempt to charge it up? Rummaging even deeper, I found a suitable cable – the one with a 30-pin dock connector. Remember these? 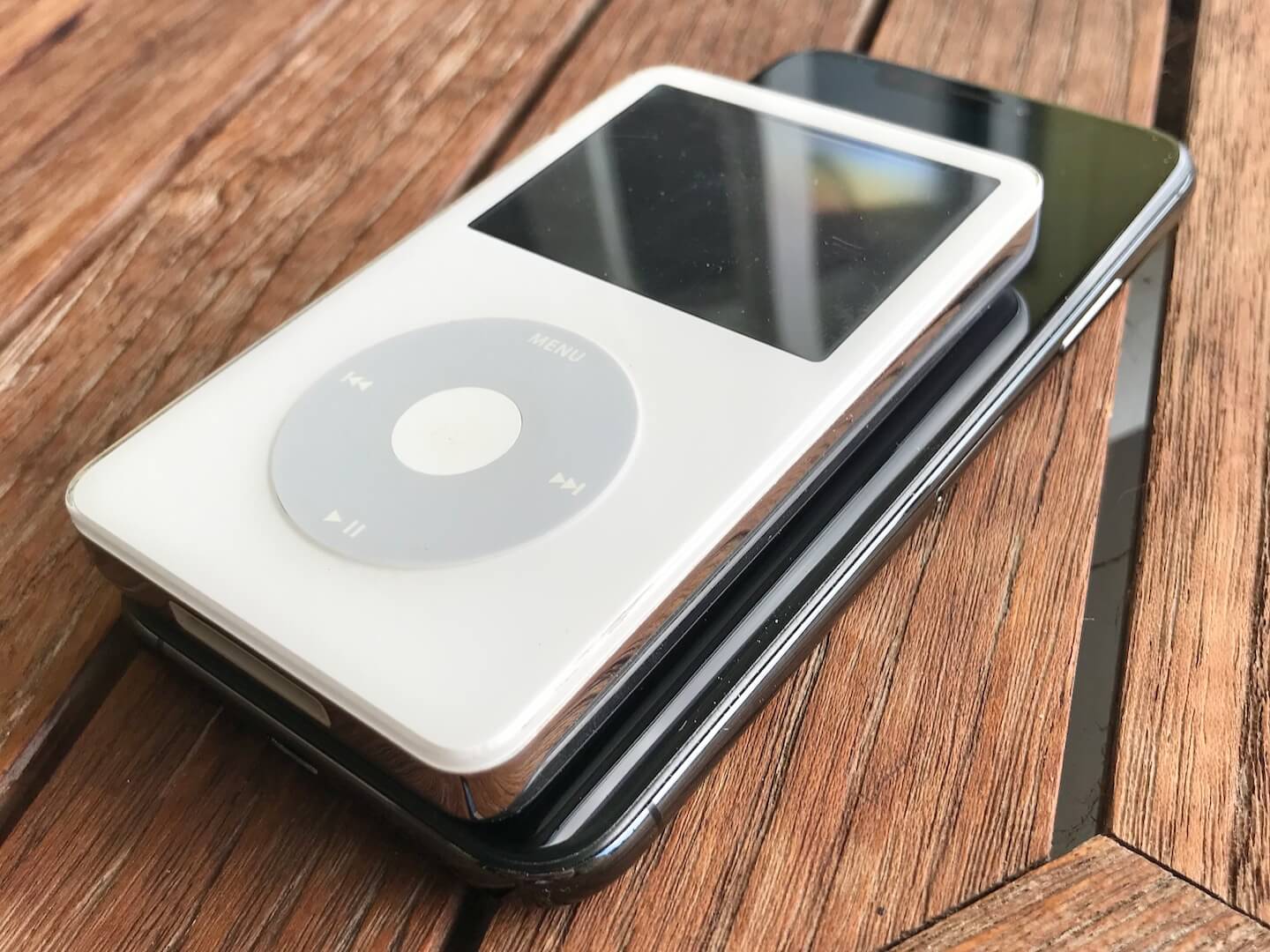 I have very fond memories of iPods. They were such a joy to use, with the spin wheel, and the super straightforward user interface. The battery that lasted for days on a charge. Ah, and yes, a 3.5 mm headphone jack. Analogue. No external digital-to-analog converter-adapter required. Old school. As I am. I use wired earphones. Nothing beats a cable for high-quality audio, at least when driving high-quality earphones. It’s probably just my old-school-ness talking here. But that’s how I am wired. Yes, pun intended.

I use Unique Melody Mentor v2 in-ear monitors. That is, custom-made in-ear earphones that fit my ears exactly. The perfect sealed fit ensures great attenuation of outside noise, and also the perception of a full frequency range. At least as perceivable by my ageing ears. Each ear-piece houses ten acoustic drivers, delivering an incredible clarity. You detect stuff in your music that you didn’t even know they were there.

Which is where the iPod comes into play again. These old iPod sounded really, really good. The one I was trying to resurrect is a 5th generation iPod. According the Internet – so it must be true – it is the best sounding iPod ever.

If you compare the size of the iPod to an iPhone, you see how big the old device is, considering it’s only for playing music. Granted, the iPod houses an actual hard-drive. Yes, with a spinning disk! I remember that you can hear it spinning up when looking for an album in the list, or when playing songs, as soon as it loads the next piece of data into a buffer. But nevertheless, there’s lot of room in an iPod. Why is this relevant? Because electronics that drive actual analogue devices, such as ear-phones, need room. 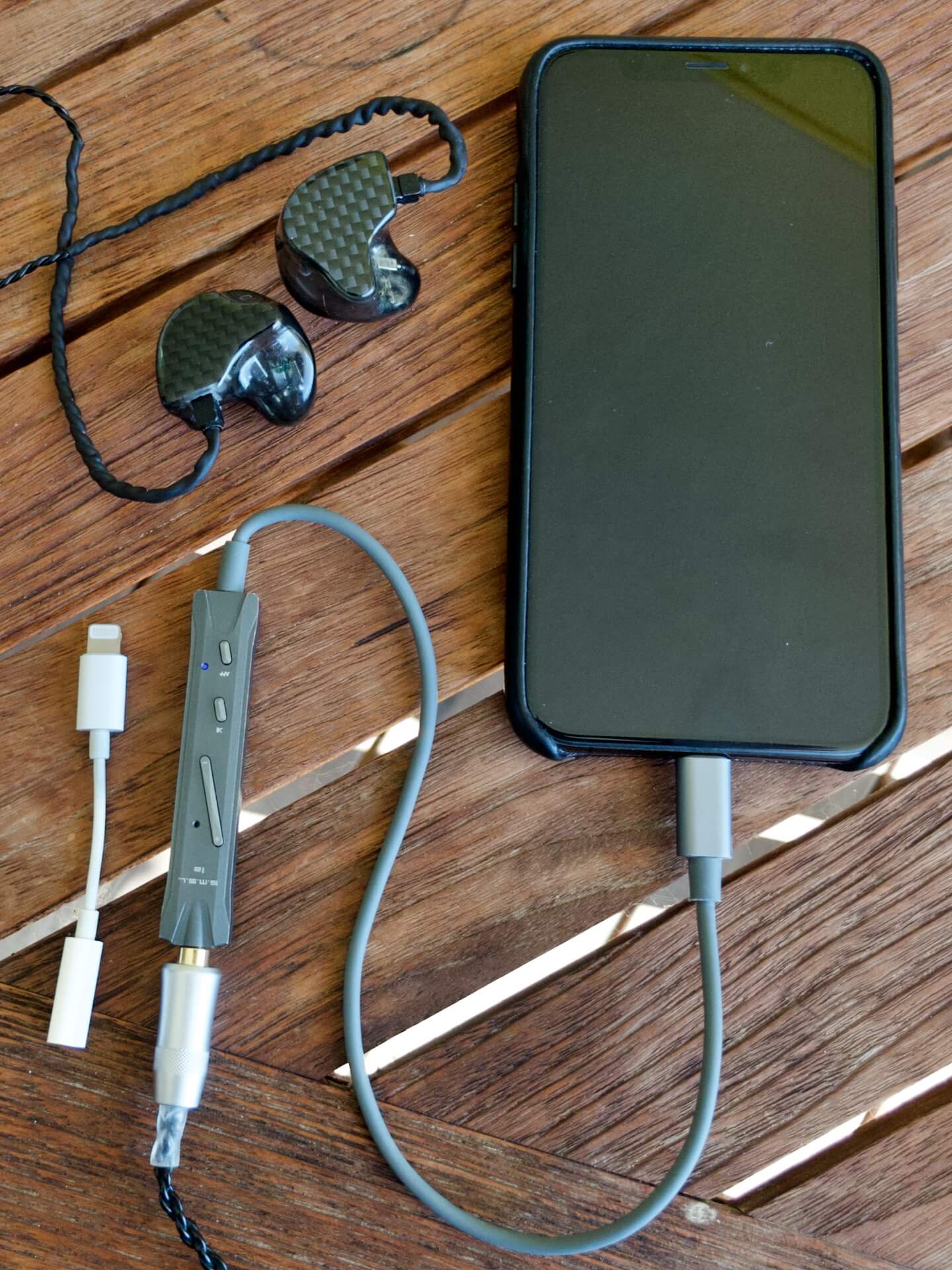 It’s physics. In the digital realm, you want as small as possible voltages and currents, sufficient to just barely, but reliably, distinguish the two logical binary conditions, in the midst of all the electronic noise. Low voltages and currents mean low heat dissipation, and high operating frequencies. Mega to Giga Hertz. Current processors for desktop PCs and servers clock at 3 to 5 GHz – and have reached thermal limits with today’s design and fabrication structures of around 10 nanometers.

When you step into the analogue world from the digital, the minor currents in the latter don’t suffice anymore to precisely drive membranes that push against air pressure. And the signals must represent the analogue world, the values are, well, analogue, that is, infinite. And the signals must be above the ground level of the electronic noise that exists in all circuits. Analogue is hard. Luckily with audio circuitry, the frequencies are low, in the Hertz to kilo Hertz range.

Higher currents mean beefier dimensions of electronics. Yes, I know, the digital audio engineers can pull all kinds of tricks, both on the source and the earphone ends, to shape the sound to overcome crummy technology, but come on, that’s not the same. Did I mention that I am old-school?

According to the reports I have since found, these iPod models actually do have some serious audio components in there, from high quality digital-to-analogue converters to audio amplifiers, as also found in high-end digital music players. I guess Steve Jobs' love for music shines through here. Now look at a current iPhone. For starters, no audio headphone jack anymore at all, just the digital Lightning connector. In fact, all digital-to-audio equipment is now located in this puny white adapter. I mean it’s miraculous it even fits in there, but for sure there’s no room for anything beefy. I have purchased a better adapter, depicted to the right of the white Apple one, which sounds really much better. See the size? But also, see the size?! Bulky.

Astonishingly, the old iPod’s dead battery seemed to accept the charging. And the device came to life, spinning disk and all! Yay. I could play the music from ten or 15 years ago, which was still there. And it sounds really good. I am sure, half of my perception of better quality is skewed by my nostalgia, because I want it to sound good. Remember that our perception is a controlled hallucination? There we go.

But it really does sound good, in particular with the in-ear monitors. It’s clear, authentic, full, a bit mellow. Analogue-y. At least in my hallucination.

Next step, can I load other music from my Mac?! Another surprise, the current version of macOS recognises and correctly identifies the iPod, right from the Finder, just as my current iPhone XS. I can even re-initialise the iPod, that is, download the latest operating software from Apple’s servers and upload it to the iPod – latest being of ten or so years ago. I would not have expected that Apple still keeps that old stuff available. 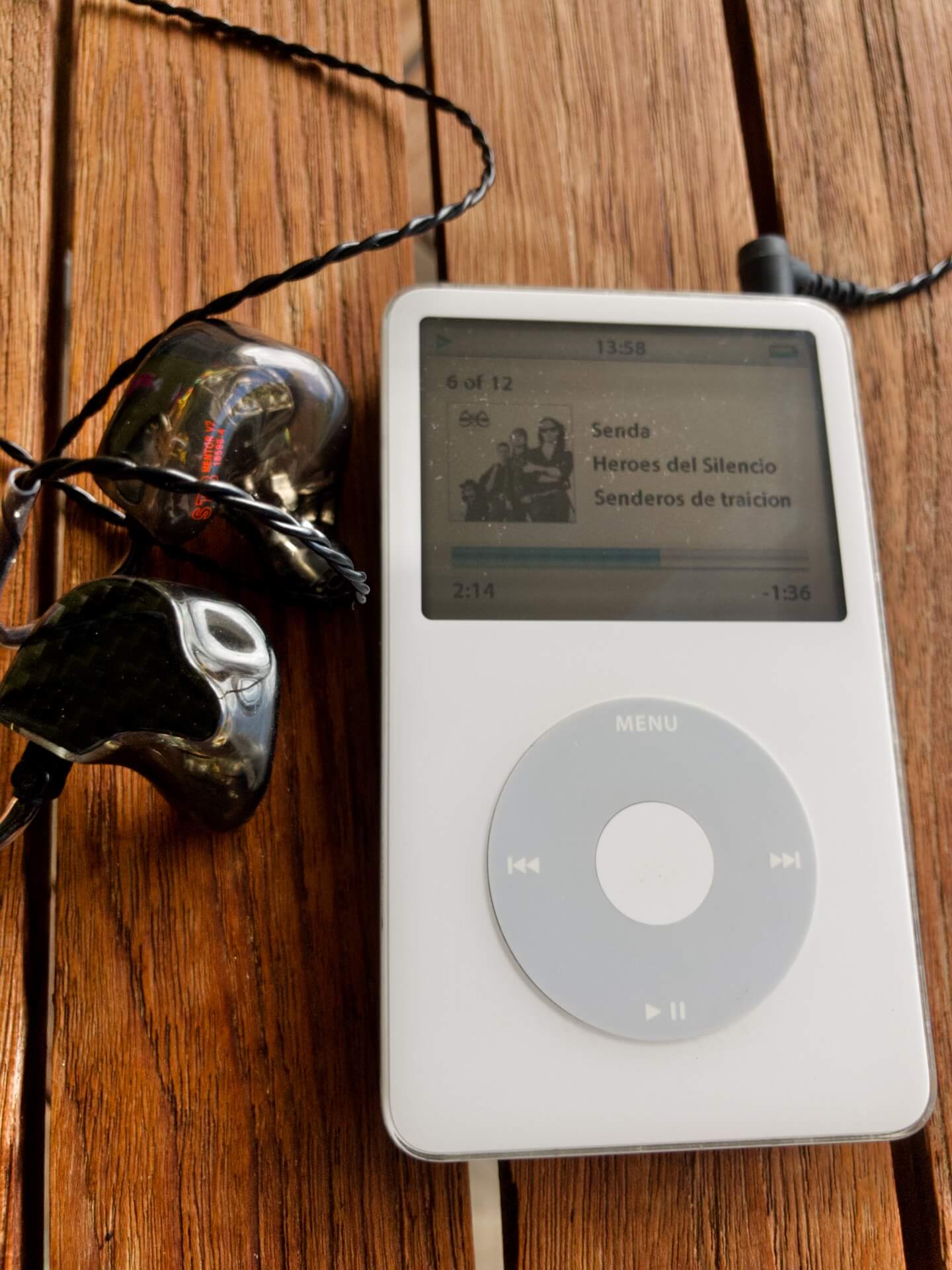 The iPod’s hard drive holds 60 GB, which was pretty good back then. SSDs were still small and expensive. My whole music library does not fit in 60 GB, but I can upload selectively from the Mac, so all good.

As you would expect from a battery that lay dead in a drawer for years, it has lost some capacity. I am babying it now through discharge and recharge cycles, hoping it will recover somewhat. But I have since searched the interwebs, and there’s a whole market with components to repair and keep alive these old iPods. It seems, there are others who like and love it. In particular, I can purchase replacement batteries, and also replacements for the hard drive with an SSD. The ancient operating software supports up to 512 GB SSDs. Now that would make a serious music player.

I have been using the resurrected iPod every day now, using it as my daily music player. It’s a joy to use. I wish the iPhone music player app had anything of its simplicity and fluidity of use.