Fibre to the Home 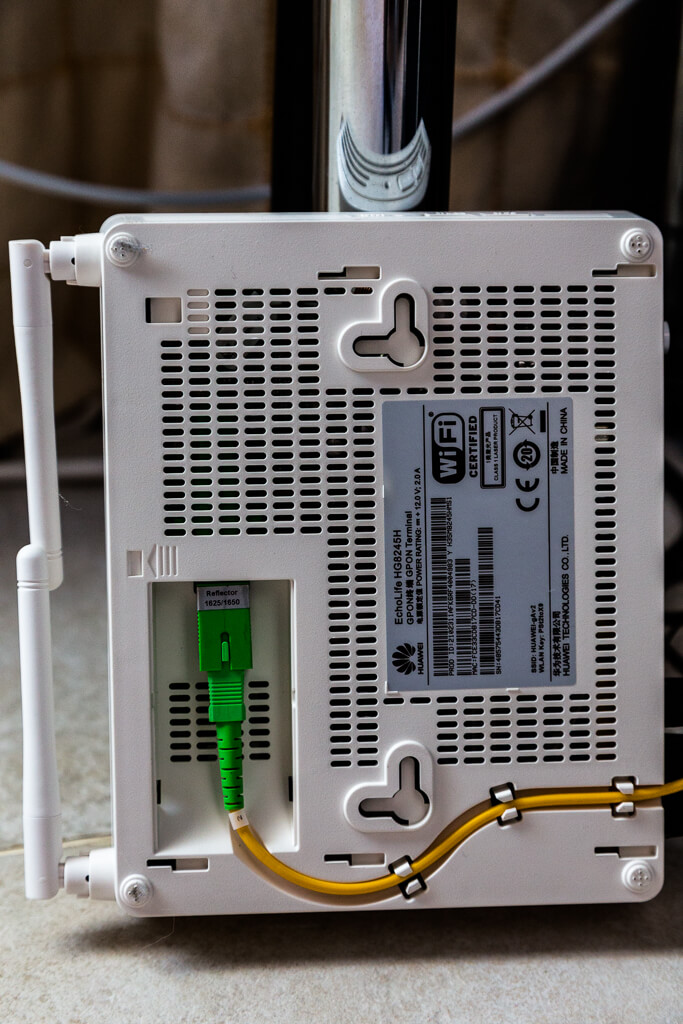 Last week I got my optical fibre Internet connection. The fibre connection goes right through to the little box under my desk, the Optical Network Terminal (ONT). The ONT creates the basic connection to the provider’s infrastructure, and of course also provides all the services required to connect my gear (such as DHCP and NAT).

The four Ethernet LAN ports allowed me to retire one of my switches. The ONT would also offer Wi-Fi connectivity, but I use my own access points for that, so my first configuration action was to switch the box’s Wi-Fi off. Everything else works out-of-the box for now, which is always good in case you have a problem. 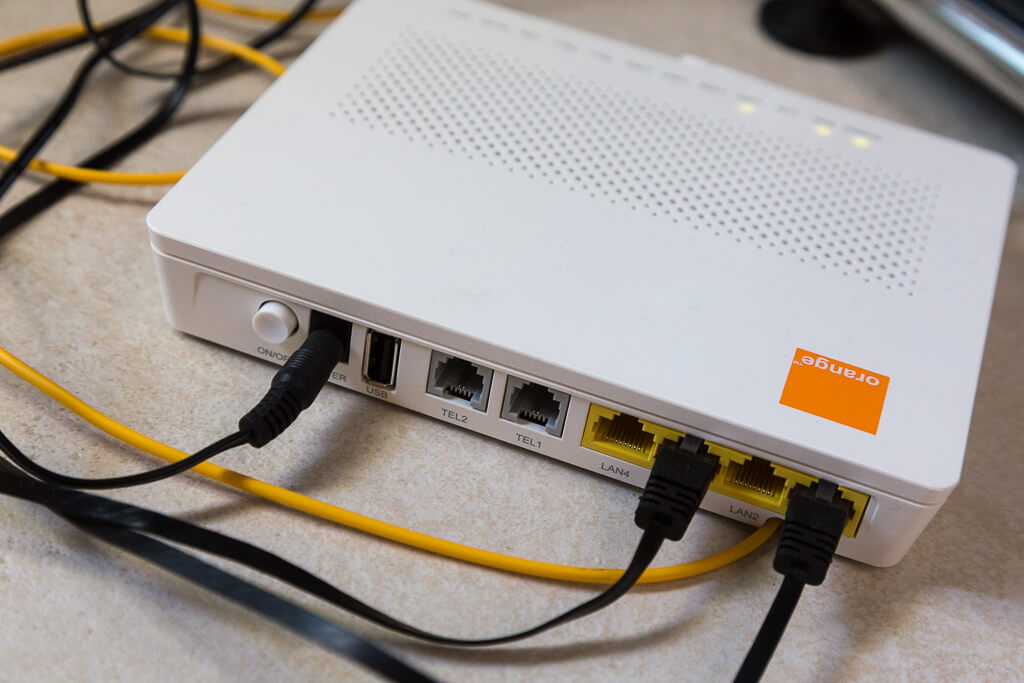 For now, the bandwidth is 30 Mb/s downstream. I assume that’s a limitation set due to the capacities of the backbone, in particular as regards its connection to the outside world. I mean, we’re living here in the middle of the Indian Ocean. As far as I know, there are underseas cables to South Africa, and there might be serious limitations regarding both capacity and maximum bandwidth. The optical connection to my home would definitely support more speed. I am ready. :)

Then again, a higher nominal bandwidth might not even have a huge positive effect, as we experience high latencies for connections to Europe and the USA. A ping to a European server usually takes around 250 milliseconds to travel from my desk, which of course severely limits the achievable, perceived connection speed for chatty protocols such as IMAP, or for loading many of today’s “modern” websites with their gazillion of resources and tracking scripts.

Also, just the bare distance takes its toll. A quick back-of-the-envelope calculation: the distance between Mauritius and Europe is roughly 10,000 kilometres, so even through a straight-line, ideal connection at the speed of light (roughly 300,000 km/s) a signal would take 33 milliseconds. Through a real, electrical cable more like 50 milliseconds (2/3 of the speed of light). Alas, I don’t have this kind of direct point-to-point connections to all Internet servers… So add all network equipment of each telecom provider my signal has to go through, each adding some 10, 20, or more milliseconds per hop, and you realise that it’s maybe not even possible to get much lower latency for a remote location such as Mauritius. So, bottom line, the limiting factor for the perceived speed of my Internet connection is probably not the nominal bandwidth.

And anyway, taking a step back – how friggin' awesome is a 30 Mb/s connection on a small island in the middle of the ocean?! 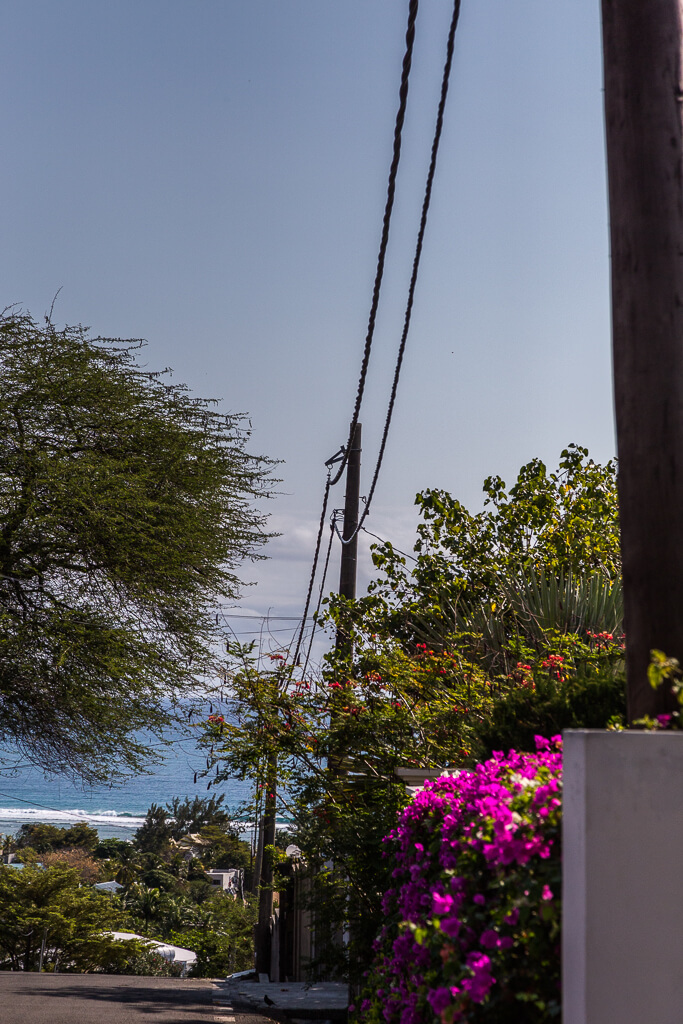 The cable-based connection was 4 Mb/s, the fastest I could get. Which was actually not too bad for most uses. Even Netflix streaming worked well. It was only 0.5 Mb/s upstream, though, which was a real limitation for my Backblaze backups, which took forever. The new connection is 6 Mb/s upstream, so much better.

However, the really big bonus of the new connection is its reliability. Mauritius does not have lots of underground infrastructure for telecom and electricity, it’s mostly cabling on posts along the streets, like in the days of yore in Europe. “Over the Air” (OTA) gets a completely new meaning here. :) And that overhead cabling surely has “historically” and “organically” grown, to use some business consultant BS terminology.

Looking at some installations, I am pretty sure this has not positively contributed to its reliability. 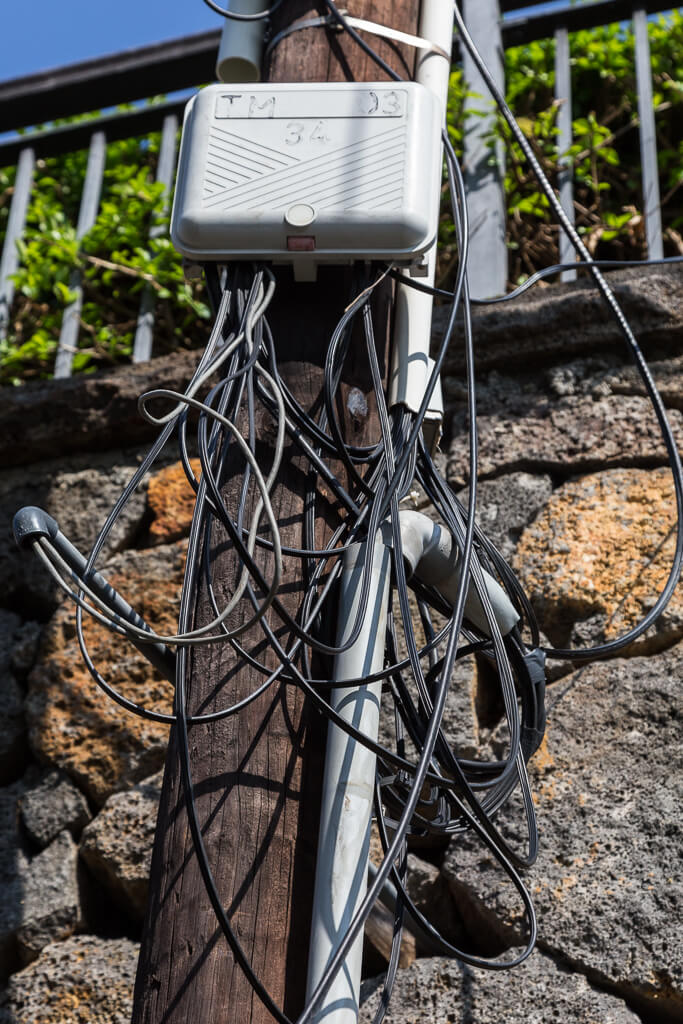 So I had to call the customer service once or twice a week to have the line reset and stuff, simply as my ADSL modem lost its connection and cold not re-connect. Maybe some wind gust had caused a temporary connection problem, who knows. The customer reps were very friendly, though. Even though they probably rolled their eyes when they saw who’s calling again…

However, up to now, with the all-new fibre connection, no eye-rolling. No calls necessary yet.