Remember that the batteries of my MacBook Pro got bloated? I had them replaced, mid 2016, luckily still under warranty. Well, le sigh, the issue is back. Bummer.

As I use an external monitor, I also use an external keyboard and mouse, so I didn’t use the MacBook directly for months. Lately, I installed the new macOS version, which requires some use of the built-in keyboard and trackpad for disk formatting and stuff. Well, the trackpad not so much – when I couldn’t click, I suspected what I would find inside again. Bloated batteries press against the trackpad and inhibit its movement. Yes, it’s still one of the mechanical trackpads, with real physical movement at the lower edge. The MacBook is five years old. 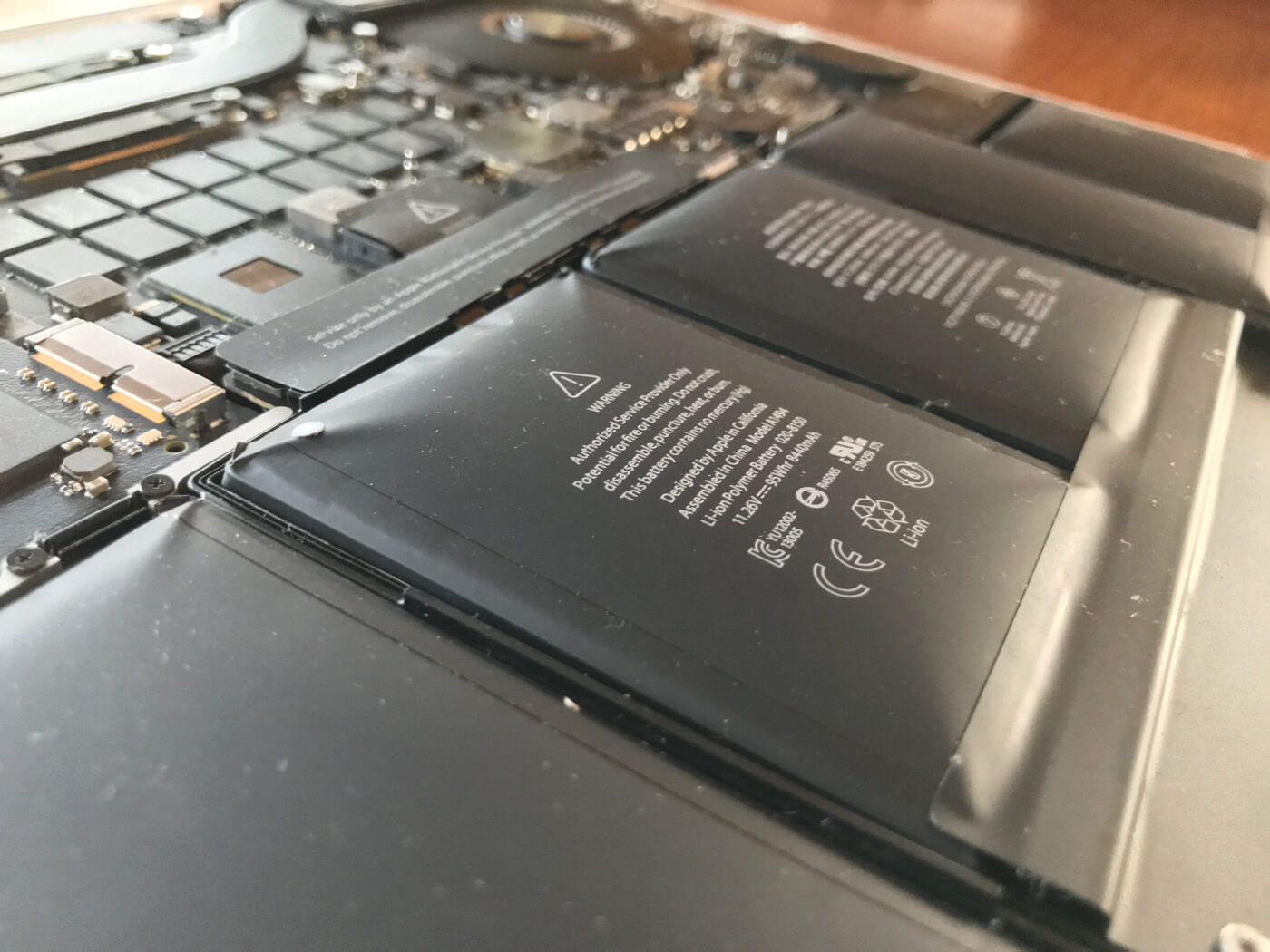 As the picture shows, my suspicion was confirmed when I opened the laptop. The repair costs will be around CHF 500, because the whole top part of the case needs to be replaced, as the batteries are glued to it. I don’t expect Apple will pick up the tab this time, even though I will try to argue my case. But I am afraid I’ll need to pony up. Ayo.

The MacBook Pros are specified to work in an environment up to 35 degrees C, so I am aware that I am operating my equipment in the upper range of that spec. Thinking about it, 35 deg seems to be a really low limit; Here, we rarely go over that value, but what do you do in, say, Australia, where 40 degrees are not unusual in summer? But I digress. The only activities that would stress the machine a bit is working on photos, which puts load on both the CPU and the GPU, cranking up the temperature. And sure, the fans turn up, but I consider this normal. That’s why we have fans, right? As long as I don’t exceed the 35 degrees limit in my room, the fans, heat-sinks, and stuff should keep the electronics in a viable operating range. I have mentioned this before, I suspect that this model is just not engineered in a thermally sound way. I was really hoping they’d present a massively overhauled design this year, internally I mean. Somehow like they did with the iMac Pro, which received a waaay better cooling system in a case with the same outer dimensions as the normal iMac last year. But no.

So I don’t know where to go from here. Maybe it’s time to abandon laptops as the desktop computer, and go for an iMac Pro. Living in the tropics does seem to have some downsides. Like being forced to get a cool iMac Pro by the climate. Painful.